Health insurer Clover Health Investments (NASDAQ: CLOV) has been one of the most disappointing IPOs in recent memory. Since the beginning of the year, its shares have already lost nearly 50% in value. To add insult to injury, there is so much demand for capitalizing off its downfall that an estimated 37% of Clover Health’s entire float is shorted.

Because of the gloom and doom, Clover Health stock has now attracted the attention of traders on the r/WallStreetBets SubReddit. Earlier in the year, its members were responsible for orchestrating a legendary 2,463% short squeeze on shares of GameStop (NYSE: GME). Will Clover Health stock play out just like it? 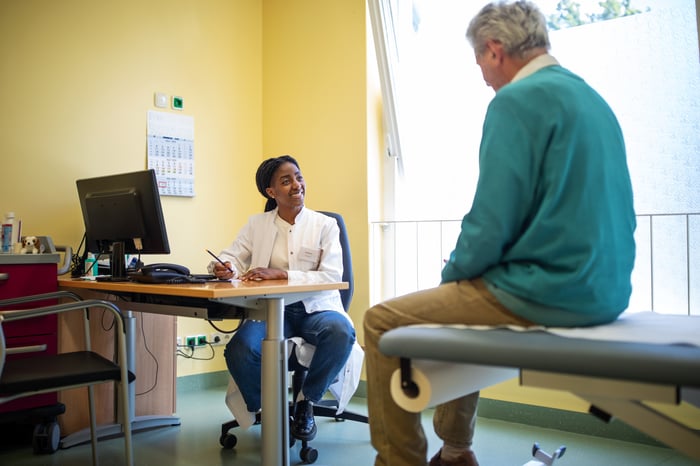 Why so much hate for Clover Health?

Clover Health reportedly overbilled Medicare, including charging $200 per visit for physicians to use its medical data software Clover Assistant, at twice the national reimbursement rate. According to insiders, the Clover Assistant is of poor quality: It frequently makes irrelevant or old diagnoses that are difficult to remove once a patient has recovered. Both waste Medicare dollars — and send money straight into Clover Health’s pockets.

Moreover, over 96% of Clover Health’s customers are in New Jersey, and are concentrated in just two metropolitan areas. The company allegedly partners with a select few hospitals in the Garden State with the highest billing rates in the country. It would be very difficult for Clover Health to scale its business elsewhere if this were true.

Is this company legit?

Over the first two months of the year, Clover Health’s total member count increased to 66,000, and its beneficiaries outside of New Jersey tripled. So, while there may be problems with the company’s software and systems, they have not totally destroyed the health insurance side of its business.

We can easily see why the firm’s plans are so enticing to retirees, in particular. Currently, Clover Health offers $0 premiums on its Medicare Advantage programs (including coverage for Dental and Vision) with $0 deductibles. There are co-pays for specialist visits, diagnostic tests, emergencies, and mental health treatments. However, those are capped at a maximum of $6,700 per year. That cap is lower than the maximum out of pocket costs of $11,300 for the average insurance plan for those categories.

The company’s plans have an average of three out of five stars in consumer ratings. On the whole, beneficiaries like Clover Health’s $0 cost plans: Most complaints are geared toward its insufficient prescription drug coverage, difficulty filling medications, and long wait times to coordinate care. Nevertheless, the company saw fewer complaints in 2020 than in 2019.

It is clear that Clover Health’s insurance side of the business is legitimate and well-liked. As for its software, the company could potentially secure an additional 200,000 beneficiaries under a new payment model sponsored by the Centers for Medicare & Medicaid Services (CMS). The program allows Clover Health to directly contract with physicians across the nation to use the Clover Assistant for Medicare patients.

This year, the company expects to further increase its sales and member count to $835 million and 69,000, respectively. As we can see, Clover Health is already on track to surpass that latter metric.

Its stock valuation of about 4 times sales is a pretty good price to pay for 24% annual sales growth. With so many traders betting against Clover Health’s fortune, the slightest of positive developments (such as new opportunities to use Clover Assistant) would lead to an uncontrollable rally to the upside. For those who like to swim against the tide, Clover Health might be the healthcare stock to buy now.

10 stocks we like better than Clover Health Investments
When investing geniuses David and Tom Gardner have a stock tip, it can pay to listen. After all, the newsletter they have run for over a decade, Motley Fool Stock Advisor, has tripled the market.*

David and Tom just revealed what they believe are the ten best stocks for investors to buy right now… and Clover Health Investments wasn’t one of them! That’s right — they think these 10 stocks are even better buys.