MANILA, Philippines — Because of the coronavirus disease (COVID-19) pandemic, several personalities instead traded their usual over the top fashion ensembles for simpler, modest looks for President Rodrigo Duterte’s fifth State of the Nation Address (Sona).

Senators Grace Poe and Risa Hontiveros were both visions in white for the opening of the Senate regular session. 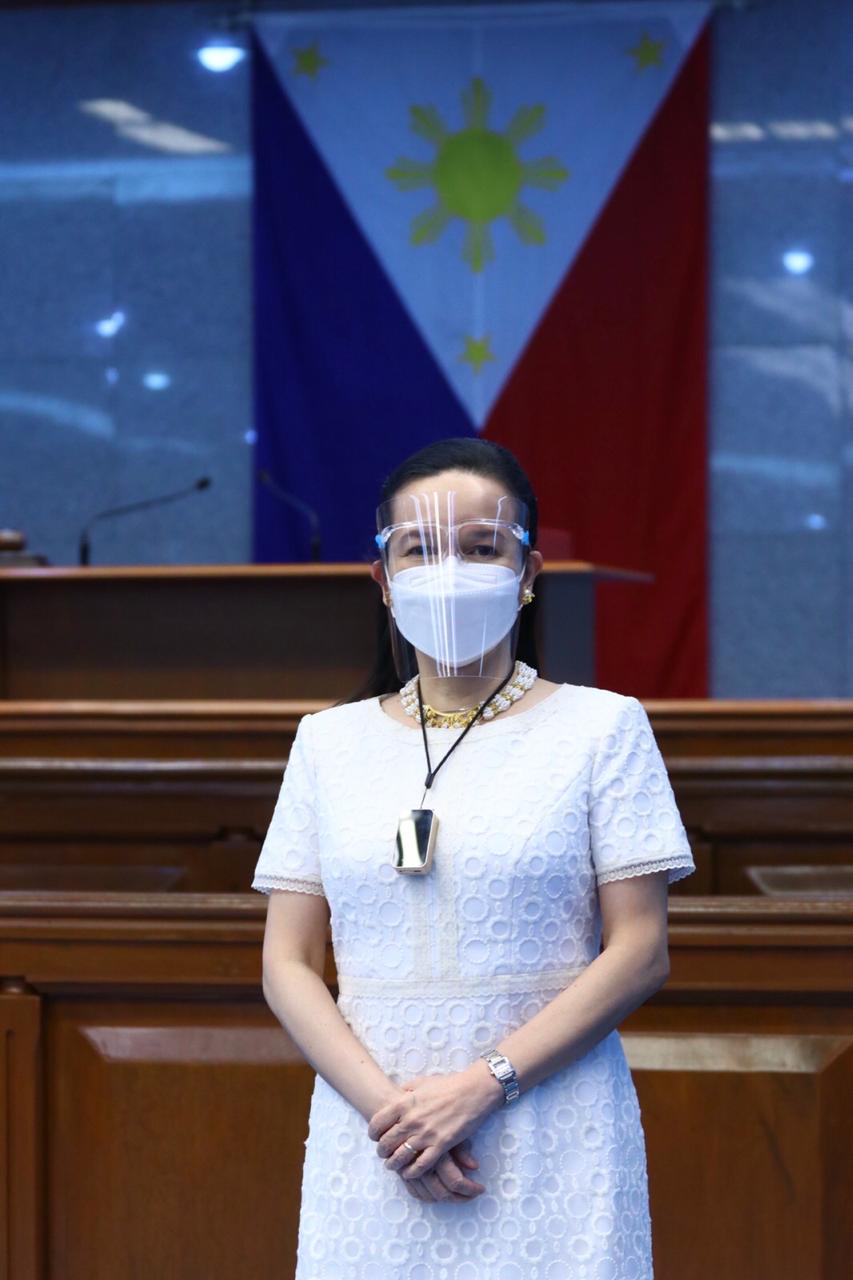 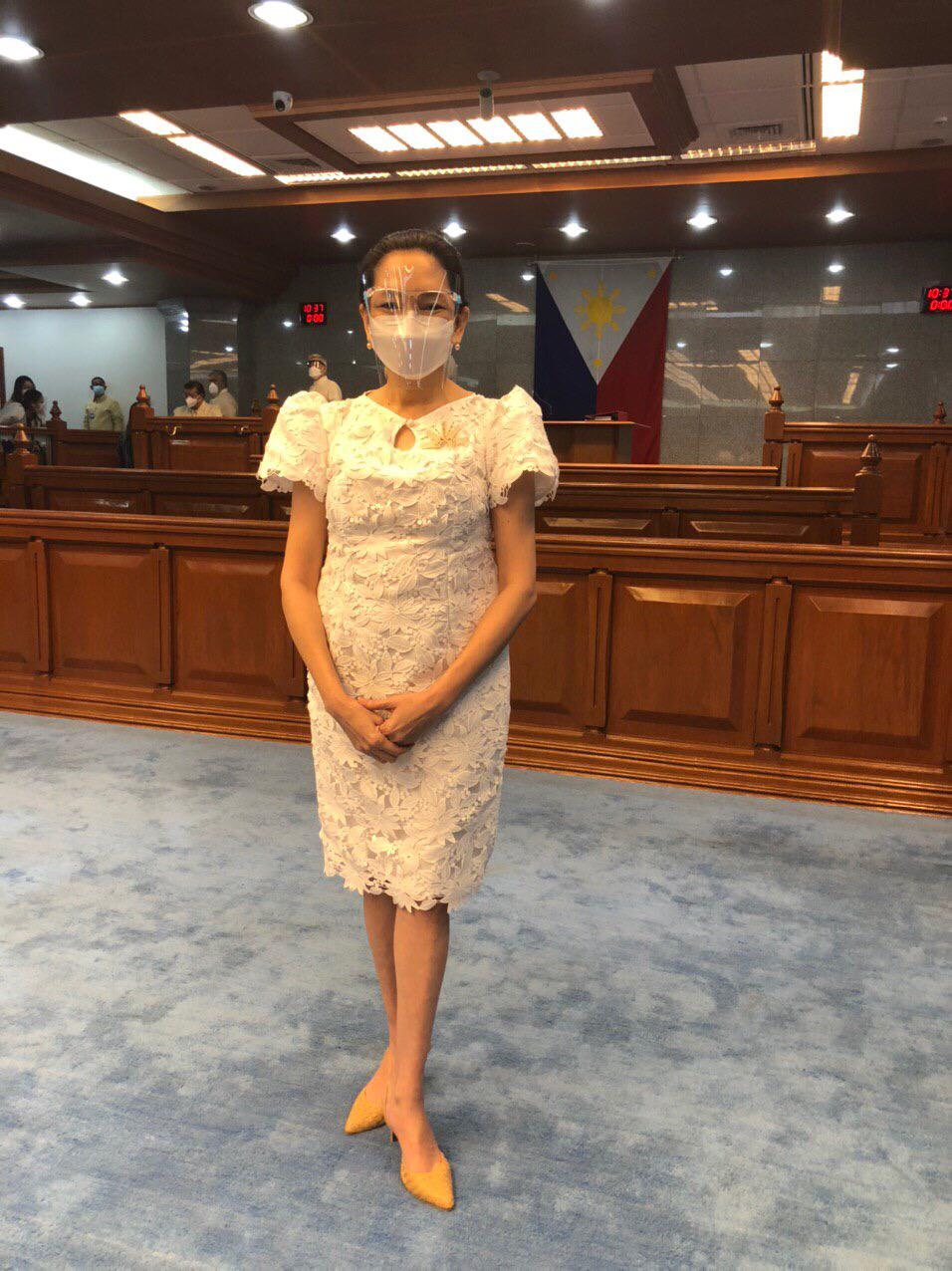 Image: Courtesy of the Office of Sen. Risa Hontiveros

For Senator Nancy Binay, she chose to re-wear her piña cocoon ruffled top designed by Randy Ortiz, as she paired it with black slacks. 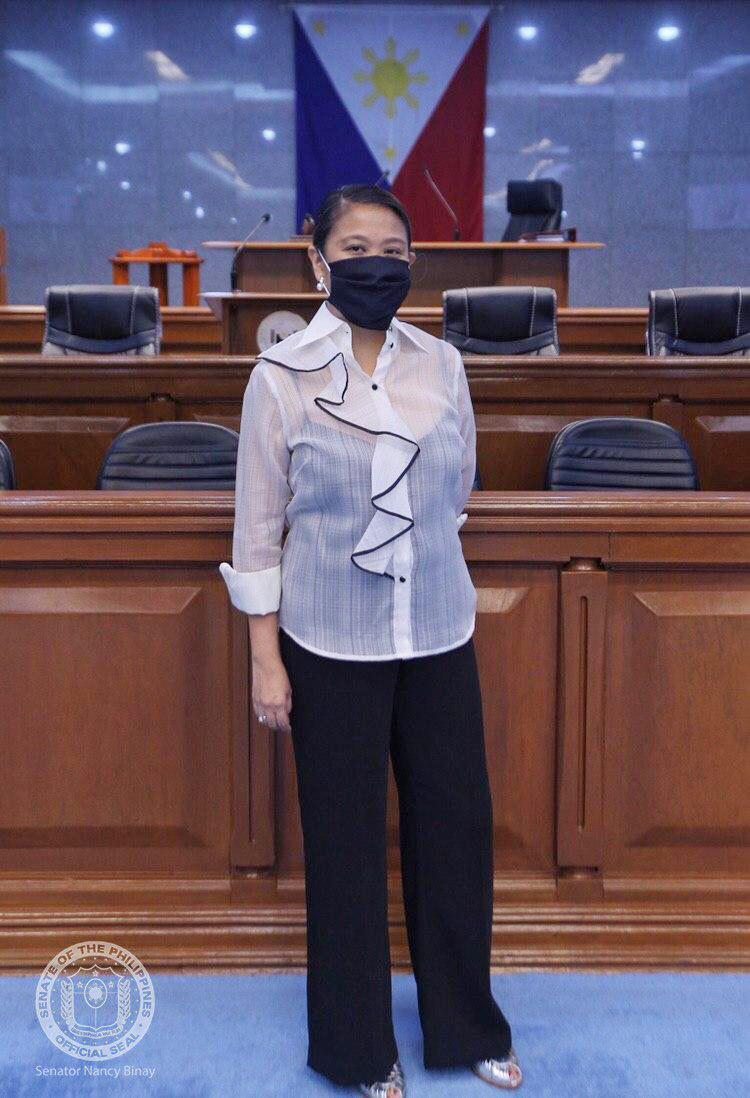 Image: Courtesy of the Office of Sen. Nancy Binay

Senator Pia Cayetano was a lady in blue for the opening the Senate second regular session. And like Binay, she opted to wear slacks instead of a dress.

In the House of Representatives, meanwhile, progressive members kept their tradition alive of donning “protest fashion” for Duterte’s speech. 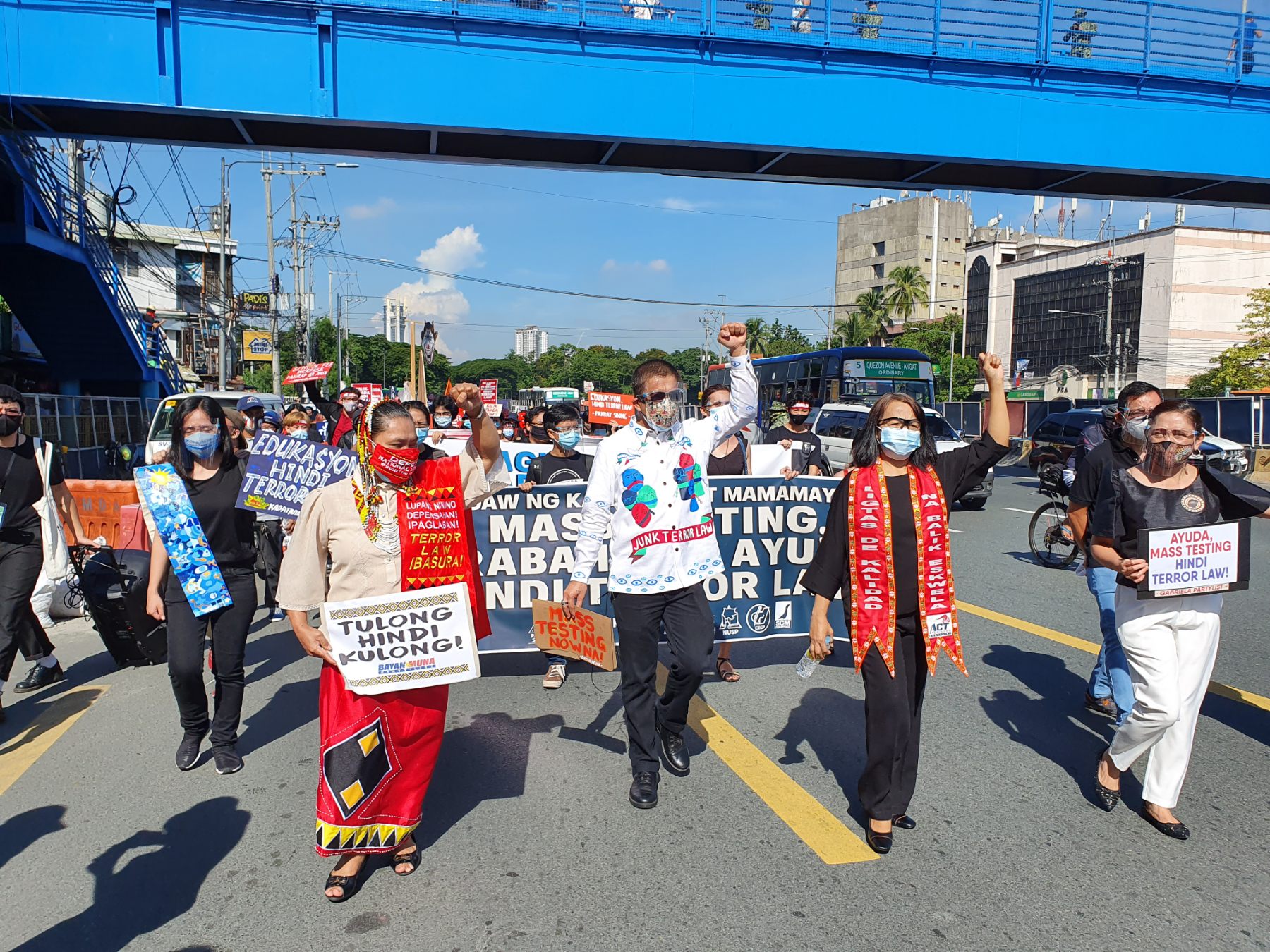 Bayan Muna representative Carlos Zarate wore a barong Tagalog that had an illustration of junking the Anti-Terror Act of 2020.

While he wasn’t physically present for the Chief Executive’s speech, Quezon City 5th District Representative Alfred Vargas still made an effort to dress up for the occasion as he wore a blue barong Tagalog.

Tourism Secretary Bernadette Romulo-Puyat, meanwhile, was invited to attend the President’s speech and showed up in a blue dress designed by Ivarluski Aseron.

Don’t miss out on the latest news and information.