Arsenal striker Alexandre Lacazette is being investigated by the club after a video emerged online where he is seen inhaling gas from a balloon, British media reported on Sunday.

The video circulated online showed the French striker, 28, appearing to inhale from the balloon and sitting back as his eyes close. 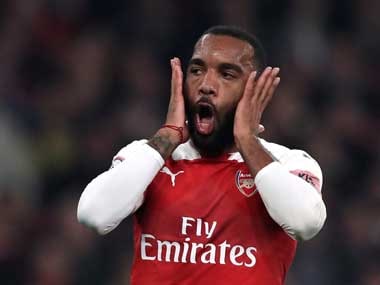 “This is a private matter which we are taking seriously. It will be handled internally,” the club said in a statement, reported by Sky Sports.

The incident comes after several of the club’s players were warned in December 2018 for inhaling gas from balloons, believed to be nitrous oxide or “laughing gas”, when CCTV footage of a private party at a club in August emerged.

Palace intrigue? New book to go behind the scenes of Patriots’ dynasty