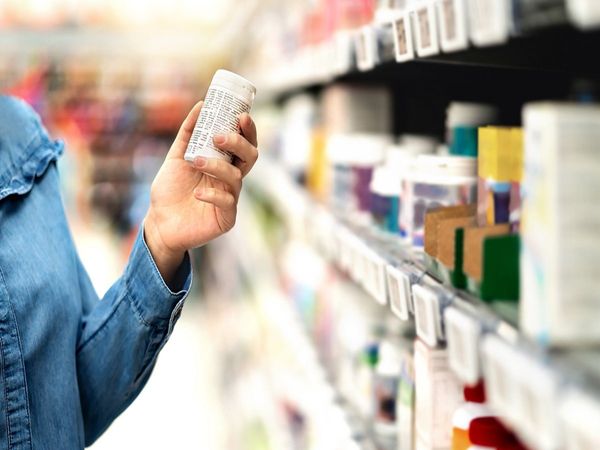 Positive effects of consuming multivitamin health supplements may all be in your head&nbsp | &nbspPhoto Credit:&nbspiStock Images

New Delhi: All of us are aware that food fuels our bodies. Without proper food that contains the right nutrients in the right quantities, our bodies may not be able to perform certain functions and end up being sick, or show symptoms of some kind of inefficiency. However, as the world changes, people are seeing a fall in the quality of food items available to us. For many people, even as all vegetables, fruits, and other foods are available, they are loaded with chemicals and pesticides, and not nutrients.

Changes in diet patterns and adoption of certain lifestyles such as vegan, or vegetarian diet, have also led to a deficiency of certain nutrients that only have animal-based sources. Due to these reasons and others, many people around the world have taken to dietary supplements. While these cannot be meal replacements, they can help in providing the body with the right quantity of nutrient required, and help reduce the risk of deficiencies and diseases. A new study, however, says that all these benefits may actually just be in our heads.

According to a report in the Insider, people who consume multivitamins have reported feeling healthier. However, there is no evidence that actually proves that rates of diseases such as mental health problems, obesity, diabetes, or other chronic diseases are lower in them than others.

A study published in the BMJ Open conducted by researchers from multiple medical schools, including Harward and Yale, looked at data from 21,603 adult Americans from a 2012 national survey to determine how many took multivitamins and if there were any measurable health benefits of doing so.

According to the findings, around 4,944 participants who took multivitamins regularly, were 30 more likely to rate themselves as having good health, as compared to people who did not take the dietary supplements. However, there existed no evidence that could prove that these multivitamins actually help in improving health, as both groups had similar rates of illness and chronic diseases.

The findings of the study, therefore, suggested that multivitamins have a placebo effect due to the perception that they can boost health. Researchers believe that this may be even more common in users who are healthy, but also anxious about keeping their well-being at its best and warding off any kind of illness.

“The effect of positive expectations in the [multivitamin] user community is made even stronger when one considers that the majority of [multivitamins] and supplements are sold to the so-called ‘worried-well’ population,” they wrote in the study.

The multivitamin and health supplement industry is in itself a multi-million dollar industry around the world. The study also found that people who are more well off tend to gravitate towards the consumption of such dietary supplements. The bottom line, however, is that for overall health and well-being, one must incorporate a healthy lifestyle that includes a balanced diet, regular exercise, and consumption of any supplements or medicines only in consultation with a medical professional.

Safety, Benefits, and What to Avoid