– The protesters had planned to march against the reopening of Lekki tollgate, the scene of the alleged shooting incident of October 20, 2020

– However, more than 10 protesters at the scene have reportedly been arrested by the security agency

There is pandemonium in Lagos on Saturday, February 13, as the police in the state arrested some #OccupyLekkiTollGate protesters.

The protesters had stormed the tollgate to march against its repossession by the Lekki Concession Company (LCC), Daily Trust reported.

Recall that tollgate has been without control since the alleged shooting incident of October 20, 2020, involving the men of the Nigerian Army and #EndSARS protesters. 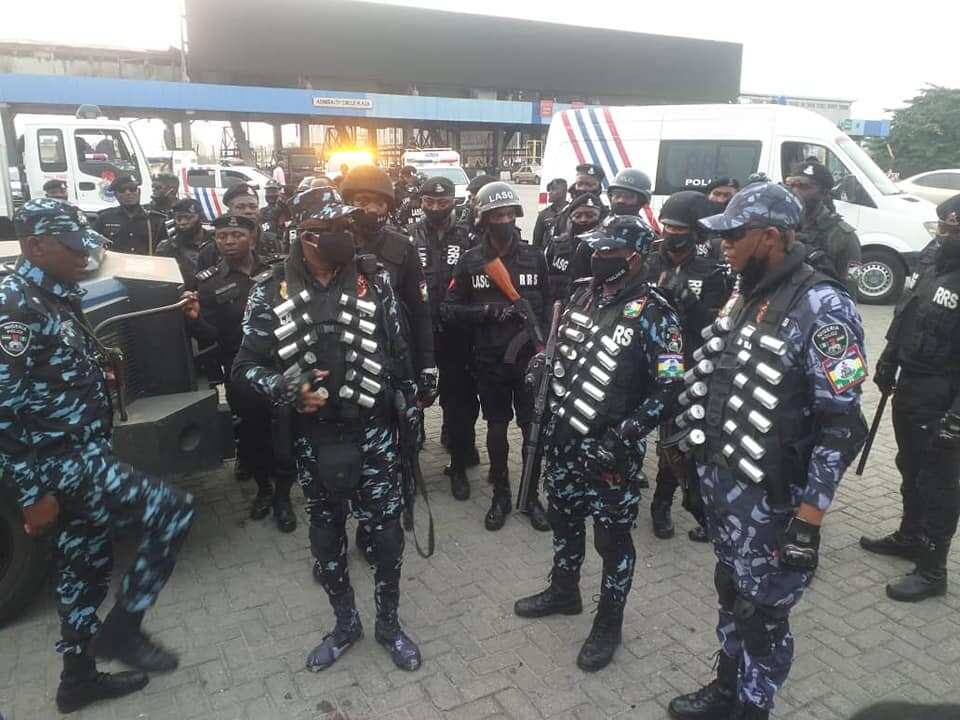 However, the Judicial Panel of Inquiry on the #EndSARS crisis recently approved the request of the LCC to take control of the facility. 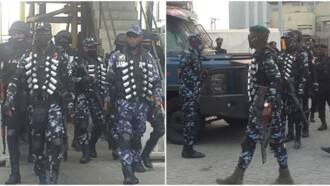 The development angered the #EndSARS protesters leading to another round of protest tagged #OccupyLekkiTollGate.

Police vow to deal with protesters

Following the decision of the protesters, Lagos police said it will not allow any form of demonstration that will again lead to the destruction of properties and government assets.

Hakeem Odumosun, Lagos state commissioner of police, issued this warning during a press conference in Ikeja on Thursday, February 11.

Similarly, the federal government also vowed to crush any demonstration in Lagos state and other parts of the country.

Speaking on Thursday, February 11, in Abuja, the minister of information, Lai Mohammed, said all security agencies have been alerted to stop any protest.

The minister’s reaction was shared in a series of tweets sighted by Legit.ng on the official Twitter page of the ministry of information and culture, Nigeria.

Following the statements by the Lagos government and the FG, police officers were subsequently deployed to the tollgate.

On Friday, February 12, a heavy presence of armed policemen was observed at the tollgate and in some parts of Lekki and other areas of the state. The policemen were said to be displaying a show of force.

Daily Trust quoted a witness as saying 10 persons were arrested but noted that it cannot independently verify the claim.

The newspaper also cited one Abiodun Sanusi, one of the organisers of the protest, as saying that a total of 14 persons have been arrested.

Nurudeen Lawal is a Legit.ng journalist passionate about fact-checking/verification journalism. He holds a Bachelor of Arts degree in Literature-in-English from Obafemi Awolowo University, Ile-Ife, Osun State. As Politics Editor, Nurudeen mostly writes on Nigeria’s political and socio-economic developments. He has attended different workshops, conferences and training on fact-checking and digital reporting, among others. Learn more about him on Twitter, @Nurudeen Lawal_