– Onochie said as long as the bishop lives in Nigeria, he must obey the country’s laws

Onochie was reacting to Oyedepo’s rejection of the new regulation law on religious bodies.

According to her, if the statement faulting the federal government’s move is truly credited to Oyedepo, then the time has come for the cleric to manufacture his own country.

“I hope this is not true. If it is, Oyedepo will have to manufacture his own country and live by his own laws.

“As long as he lives and operates within the entity called Nigeria, he will live by Nigerian rules and laws. He will do as he’s told by the lawFace with rolling eyes. Enough of lawlessness,” she said on Twitter.

Meanwhile, some Nigerians have backed her criticism of the respected cleric. According to Ade Adegboro, the comment credited to Oyedepo is unfortunate.

“Very unfortunate! When the bible he preaches admonished. Let every person be subject to the governing authorities. For there is no authority except from God, and those that exist have been instituted by God. Whoever resists the authorities resists what God has appointed.”

Recall that Legit.ng had reported that Oyedepo rejected the application of the Company and Allied Matters Acts (CAMA) in churches. 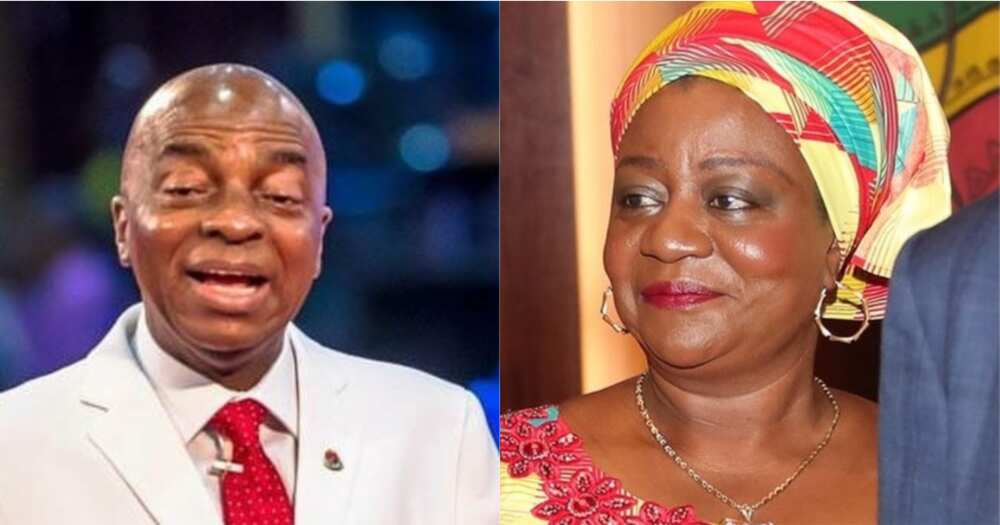 Onochie said as long as the bishop lives in Nigeria, he must obey the country’s laws
Source: UGC

The law stipulates that religious bodies and charity organisations will be strictly regulated by the registrar-general of Corporate Affairs Commission (CAC) and a supervising minister.

With this, trustees of an association or a religious body can be suspended by the commission. It can also appoint an interim manager or managers to coordinate the affairs of the affected churches or organisations.

Oyedepo said the government is jealous of the prosperity recorded by the church. He argued that it is not right to subject God’s heritage on earth (churches) to the same laws as companies.

A case for more public libraries