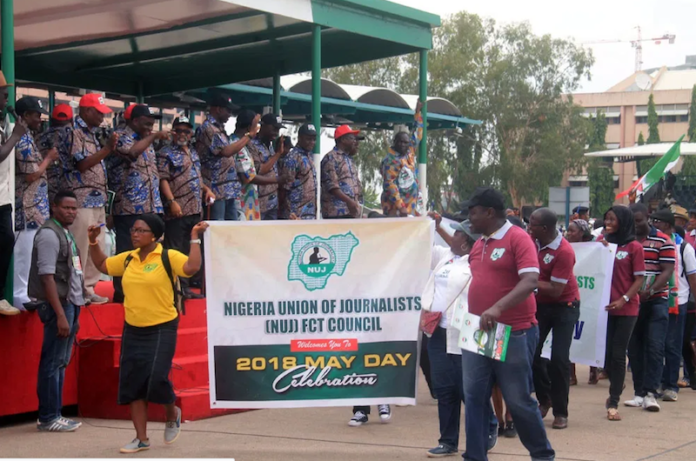 The federal government has said the N30, 000 national minimum wage is binding on all employers of labour, including state governments and the private sector. Minister of Labour and Employment, Senator Chris Ngige, made the clarification on Saturday in Abuja during the Workers Day celebrations. This followed agitations by labour over the non-implementation of the national minimum wage by some state governments.

Organised labour, under the aegis of its umbrella organisations, Nigeria Labour Congress (NLC) and Trade Union Congress (TUC), bemoaned the high rate of job loses and casualisation of workers in the country.
However, in many states, the governors used the May Day celebrations to extol the contribution of workers to governance.

Ngige, who represented President Muhammadu Buhari at the occasion, maintained that the minimum wage law signed by the president in 2019 was a national law that everyone must obey.
The minister stated, “Private sector and state governors are bound by the laws, because we have workers as prescribed in that law. So, it is not a question of pick and choose. We moved the national minimum wage from N18, 000 per month to N30,000. It is an irreducible plus. Therefore, we expect them and the people in the private sector to comply.”

In his speech delivered at this year’s May Day celebration, Buhari said though the negative effects of the COVID-19 pandemic were monumental, the government had tried to cushion the effects of the disease without reducing incomes. It was able to do this by investing in the diversification of the economy in order to keep the country afloat, the president said.

Buhari listed some of policies being executed by his administration to create jobs and empower the populace.
According to the president, “While awaiting the formalisation of our social protection network and people’s welfare, we have not and will not rest on our oars in combating the challenges of our time occasioned by COVID-19 pandemic.

“We have in our place some social-economic policies to alleviate poverty and ours include but not limited to the expansion of the Conditional Cash Transfers for the vulnerable poor from 2.6 million households (13 million persons) to 7.6 million households (32 million) and COVID-19 Rapid Response Register for urban poor, which now has 4.8 million households (20 million).”
The president said the government, through the Federal Ministry of Trade and Investment, was implementing the Entrepreneur Support Programme, Artisanal Support Fund, and Payroll Support Fund for small-scale businesses.

Other economic empowerment schemes, which the federal government is currently implementing, according to Buhari, include the Guaranteed Off-take Stimulus Scheme for small and medium enterprises (SMEs), which targets producers of hygienic products and packaged food to encourage entrepreneurship and industries. There is also the National Youth Investment Fund (NYIF) for young entrepreneurs for which N75 billion is earmarked for three years.
The president also said the federal government intended to expand the N-Power programme, from the present 500,000 persons to one million.

Responding to the concerns of labour on casualisation, Ngige said the federal government identified with the organised labour in efforts to end the practice.
In a message jointly signed by president of NLC, Ayuba Wabba, and president of TUC, Quadiri Olaleye, the leadership of organised labour lamented the poor conditions Nigerian workers had been subjected to. They alleged countless serious violations of human, workers, workplace and trade union rights all over Nigeria in the last one year.

NLC and TUC said the situation was compounded by the health and socio-economic effect of the COVID-19 pandemic, which led to lose of millions of jobs and subsequently pushed about 27 million Nigerians into poverty.
Wabba, who read part of the speech, said this year’s May Day was dedicated to brave women and men, who paid the supreme price in the performance of their jobs, contracted the coronavirus, and suffered life-lasting complications as a result.

Olaleye saidlabour was proffering alternative policy options to government to consider in order to save the country from the current difficult situation. He said rather than help businesses to grow, agencies of government had been stifling the small-scale businesses (SMEs) through multiple taxation, leaving the economy and Nigerians strangulated and impoverished.
The TUC president said government should see the need for expansionist policies to restore the essential role of the state in the protection of essential public goods, notably health, education, jobs, and sound management of the petroleum and power sectors.

On the removal of petrol subsidy, Olaleye said organised labour was pushing for production cost and pricing method as against the existing import-parity model, which had bled Nigeria of humungous forex.
He suggested that government should implement a three-year suspension of increase in gas price to help stabilise the cost of electricity tariff in the country.
“With the savings made, the cost of the electricity tariff could be reduced by N10.50 across the high price bands,” he said.

Representative of the senate president, and Chairman, Senate Committee on Labour, Senator Godiya Akwashiki, said the National Assembly was always willing to partner the leadership of the workers in safeguarding the wellbeing of workers and ensuring industrial stability.
Secretary to the Government of the Federation, Boss Mustapha, commended Nigerian workers for standing with the federal government during the challenging period of the outbreak of COVID-19. He enjoined the workers not to relent in their support and adherence to the COVID19 protocols, as the country was yet to completely eradicate the scourge.

Lagos State Governor Babajide Sanwo-Olu on Saturday said his administration placed a high premium on improving the capacity of the workforce in the state through training and welfare of civil servants. Sanwo-Olu stated this at the inauguration of the permanent secretariat of Lagos State branch of Association of Senior Civil Servants of Nigeria (ASCSN), called Solidarity House, in Alausa, Ikeja. It was part of the activities marking the May Day celebrations.
The governor also announced the state’s support of N10million to ASCSN to equip their secretariat with office furniture and library so that it could become a useful resource centre for industrial relations practitioners.

Sanwo-Olu told the workers, “We acknowledge your collaboration with us as a government. You are an important stakeholder and we will continue to see ourselves as partners. As partners, I wish to assure you that our administration will continue to be responsive to the yearnings of our workers by ensuring that we discharge our obligations to you as and when due.
“We will also continue to place a high premium on improving the capacity of our workforce through regular and impactful trainings, seminars and workshops that cut across all cadres in the civil service.”

He however said, “To whom much is given, much is also expected. The state government will continue to support all the various unions by ensuring that we fulfil all our responsibilities at ensuring that you succeed as leaders in your own sphere. We will also provide succour for you.”
Speaking earlier, the chairman of the association in the state, Comrade Olusegun Balogun, commended Sanwo-Olu for his leadership qualities and commitment to the welfare of Lagosians, amid the pandemic.

Kwara State Governor, Alhaji AbdulRahman AbdulRazaq, says workers are critical to national growth. AbdulRazaq said whatever development mileages his administration had achieved were linked to the workforce.
Speaking yesterday in Ilorin at the May Day events, the governor assured Kwara workers of his administration’s commitment to improving their well-being, despite the dwindling revenues amid the effect of COVID-19.

AbdulRazaq, who was represented at by the Head of Service, Mrs. Modupe Oluwole, described labour as an integral component of successive governments and a determining factor in the attainment of good governance. He commended them for adding value and for being committed to the growth of Kwara State.
“This year’s May Day is coming at a time the whole world is experiencing serious economic crisis and the biting effect of COVID-19 pandemic,” he stated.

Bayelsa State Governor, Senator Douye Diri, appreciated the state’s workforce for its support and contributions to governance. Diri emphasised his commitment to workers’ welfare.
The governor directed the Commissioner for Finance and the Head of Service to work out modalities for immediate implementation of the annual salary increment and some of the workers’ demands. He promised to liaise with the relevant officers on the issue of minimum wage arrears with a view to offsetting outstanding payments.

The governor stated, “I urge workers in Bayelsa to remain resilient, hopeful and focused as we upscale our determination and resolve to build the state we all want. So much lies ahead that should make us optimistic rather than pessimistic.

“The wealth of the state is, after all, inextricably tied to the health of our workers. That is why this government of inclusive prosperity would continue to rank the welfare and happiness of workers at the zenith of its policies and programmes.”
Workers in the state lauded the worker-friendly disposition of the governor. In a joint address by NLC and TUC at the Peace Park in Yenagoa, venue of this year’s Workers Day celebration, State NLC Chairman, Comrade Bipre Ndiomu, praised Diri for prompt payment of salaries and gratuity since his emergence as governor in February 2020.

Is it all Greek to you? Coronavirus variants get new names