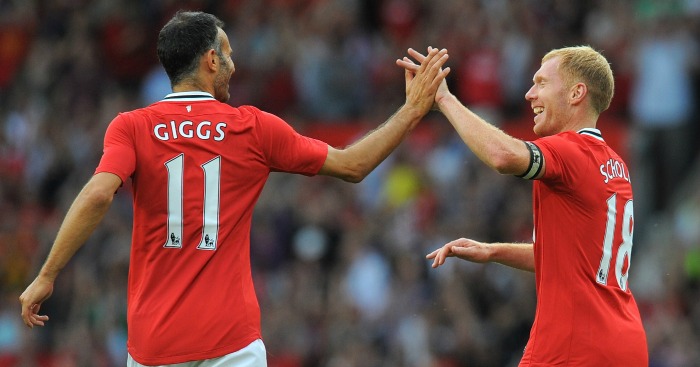 Manchester United have been blessed with a number of long-serving stalwarts throughout the Premier League era – but which players make up their most-used XI since the competition’s inception in 1992?

Plenty of club heroes fail to make the cut, while there are a couple of surprises in certain positions.

Thanks to the help of Transfermarkt, we’ve compiled an XI of United’s most-used players in the Premier League, arranged in a 4-4-f*cking-2.

With 304 appearances to his name at the time of writing, De Gea is now 52 games ahead of Peter Schmeichel. Edwin van der Sar rounds off the top three with 186 games.

The rest? They’re not really worth mentioning.

Who else, really? Sure, his 398 appearances are impressive, but we’re more bothered about that week he became Manchester United’s deadliest goalscorer.

Let’s start with an obvious, with Ferdinand leaving Old Trafford having made 312 Premier League appearances.

Just edging out Patrice Evra, Irwin made 296 Premier League appearances for United in comparison to the Frenchman’s 273.

Luke Shaw is way back in third with 90.

264 appearances, countless free-kicks and one football boot to the eye from Fergie sees Beckham edge out Bebe.

After making 466 Premier League appearances between 1993 and 2011, Scholes probably had the 500-mark in his sights when he came back from retirement. He fell one short, which is annoying. 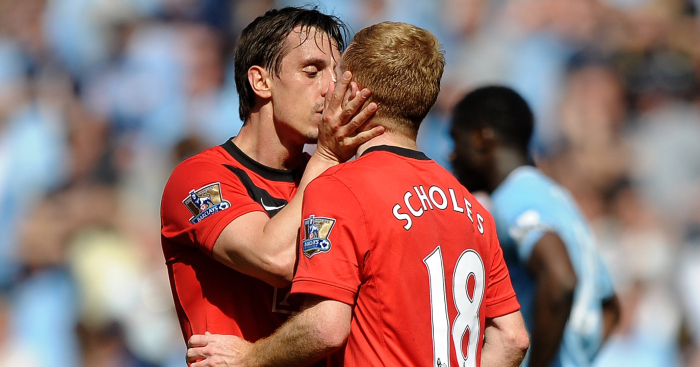 READ: Gary Neville: If someone said Scholes would be a footballer I’d say ‘How?’

In Keane’s 326 Premier League appearances for United, how many of those do you think he was utterly terrifying in?

Ashley Young was just 440 appearances off making this spot his own. 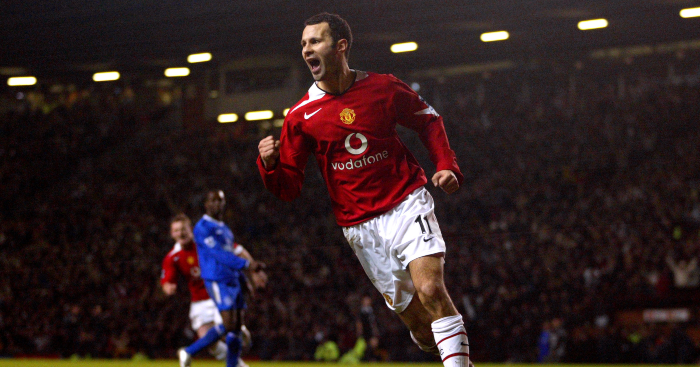 Of Solskjaer’s 235 Premier League appearances, 84 came as a substitute. Not sure what he’s got up to since leaving.

We’ll always love him for how he made us feel in 2004. That’s not to mention the 393 Premier League appearances for United and 183 goals.

Palace intrigue? New book to go behind the scenes of Patriots’ dynasty

Jimmy Walker’s Walsall XI that could reach the Premier League