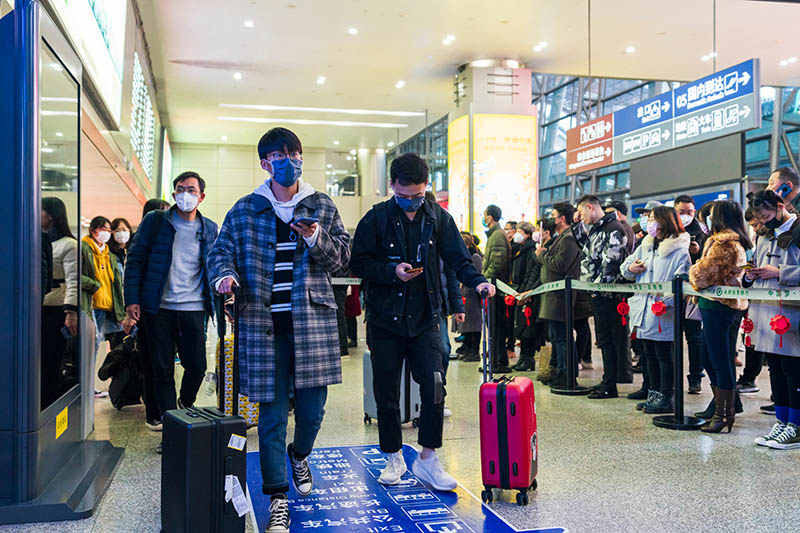 Rolling updates on the latest developments and headlines from around the world on the COVID-19 pandemic.

The United States plans a massive testing effort involving more than 100,000 volunteers and a half dozen or so of the most promising vaccine candidates in an effort to deliver a safe and effective one by the end of 2020, scientists leading the program told Reuters.

President Trump announced he is identifying houses of worship as essential places and called for governors to reopen them.

The European Central Bank is “fully prepared” to provide even more stimulus as soon as June to support an economy that may shrink by a tenth this year due to the COVID-19 pandemic, the accounts of the bank’s April meeting showed on Friday.

The ECB has already unveiled a long list of measures to mitigate recession, including 1.1 trillion euros worth of bond buys and loans at deeply negative rates.

The University of Oxford on Friday started recruiting volunteers for a much larger clinical trial in the UK of its potential COVID-19 vaccine being developed with AstraZeneca (NYSE:).

China’s biggest automaker SAIC Motor expects the nation’s auto sales to post year-on-year growth in the second quarter due to recovering demand and supportive policies, its chairman said on Friday.

With promotion and more premium products, SAIC is aiming for sales to outperform the overall Chinese market this year, Chen Hong, chairman of the Shanghai-based automaker, said in a written statement.

Renault could disappear if it does not get help very soon to cope with the fallout from the coronavirus crisis, France’s Finance Minister Bruno Le Maire said on Friday, while adding the carmaker also needed to adapt to the situation.

Le Maire told Europe 1 radio that Renault’s French plant in Flins must not close and that the company should be able to keep as many jobs as possible in France, but should also remain competitive.

British retail sales fell by the most on record in April as much of the sector was shuttered by the government’s coronavirus lockdown, official figures showed on Friday.

The Reserve Bank of India slashed the benchmark repurchase rate by 40 basis points in an emergency session as the economy reeled from the coronavirus outbreak.

The cut is designed to offer support for an economy headed for its first full-year contraction in more than four decades.

Tax revenues of the German government and the 16 federal states declined by 23.5% in April from a year earlier to around 39 billion euros ($43 billion) due to the coronavirus pandemic, the finance ministry’s monthly report showed on Friday.

Europe’s largest economy is facing its most severe recession since World War Two as measures to prevent the disease have hampered public life and business.

01:26 AM ET: Consumer prices fall in Japan for first time in three years

Consumer prices in Japan fell for the first time in more than three years last month, official data shows, dragged down by the coronavirus pandemic and collapsing oil prices.

Core prices in April, excluding volatile fresh food, slipped 0.2% from a year earlier, reversing a rise of 0.4 % in March, according to the internal affairs ministry.

It was the first drop in 40 months, the ministry said.

01:16 AM ET: Push to reopen UN headquarters in New York

Germany and Russia urged the United Nations to partially reopen its New York City headquarters as the secretary general proposes to scale back the annual General Assembly meeting in September.

Germany, which will hold the presidency of the UN Security Council in July, wants to “discuss a possible return to real meetings” while reducing staff on hand and sticking to social-distancing guidelines, Ambassador Christoph Heusgen wrote in a letter to Secretary-General Antonio Guterres seen by Bloomberg News.

A new report from the Imperial College London estimates that 4.1% of the U.S. has been infected by the novel coronavirus, with a wide variation between states. In New York, the world’s epicenter, the researchers estimate that 16.6% of the population has already been infected.

The researchers conducted their first state-by-state analysis of the U.S., modeling the number of people infected, the number of those who are currently infectious and the average number of secondary infections caused by individuals with Covid-19. The report warns that certain regions, such as the South and Midwest, may be more susceptible to a resurgence of transmission in coming months.

“The epidemic is not under control in much of the U.S.,” say the researchers. “We find no evidence that any state is approaching herd immunity or that its epidemic is close to over.”

01:04 AM ET: China draws up plan to ensure food security

China will draft and carry out in 2020 a response plan for ensuring food security amid the global coronavirus pandemic, the country’s state planner said on Friday.

Beijing will also draw up a new national medium-to-long-term plan in the new year to secure food supplies, China’s National Development and Reform Commission (NDRC) said in an annual report to parliament.

The move came as the pandemic has roiled agriculture supply chains worldwide, and threatened to trigger a potential food crisis.

The Bank of Japan launched a new lending program to support small businesses struggling amid the coronavirus but held off from adding major stimulus at an emergency meeting Friday.

The BOJ kept its policy interest rates and asset purchases unchanged, while finalizing details of a lending program Governor Haruhiko Kuroda instructed his staff to put together last month.

00:57 AM ET: Australia’s most populous state to relax restrictions on cafes, restaurants

Australia’s most populous state said on Friday restrictions imposed to slow the spread of coronavirus will be eased to allow cafes and restaurants to have up to 50 patrons from June 1.

China failed to set a numerical GDP target, breaking years of precedence, as the National People’s Congress opened after a two-month delay.

The failure was blamed on the economic impact from COVID-19, as China’s economy shrunk almost 7% in the first quarter of 2020 and the country continues to deal with a second wave of cases in the north-east.

The number of COVID-19 cases globally has passed the 5 million mark. According to Johns Hopkins University data, there are 5,101,967 cases globally as of May 22.

— Reuters contributed to this report.