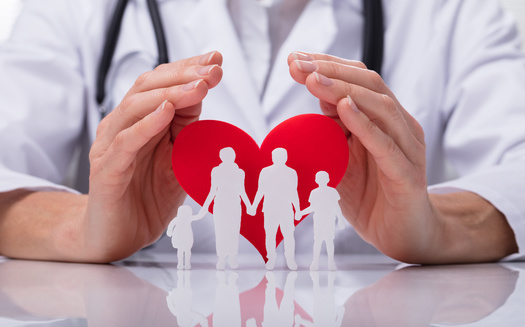 DES MOINES, Iowa — Losing employer-provided health insurance is one of the side effects of the pandemic-driven economic crisis.

That poses a big concern for Iowa families and their children, bit many do have options.

It’s estimated that as many as 43 million Americans could lose their health insurance as a result of the pandemic.

Anne Discher, executive director of the Child and Family Policy Center in Iowa, says the situation could have a severe impact on families with young children.

“Kids need health insurance so that small health problems don’t become bigger problems, right?” she states. “We know children are not small adults — that they are growing, that they’re developing. And so really keeping kids insured right now, it’s really important for their long-term health.”

While still below the national average, a recent Georgetown University report says the number of uninsured children in Iowa increased by 5% between 2016 and 2018.

Discher says as more families see their benefits lost through job cuts, they need to see about applying for assistance through public programs such as Medicaid and Hawki, which is the state’s children health insurance program. She notes that Hawki has generous eligibility requirements.

For families that lose their coverage but still make too much to qualify for these programs, Discher says they still can sign up through Iowa’s marketplace under the Affordable Care Act.

She adds that while it might be tempting for some to maintain their employer-provided premiums through COBRA, public aid can provide a lot of relief right now.

“Right now, neither Medicaid nor Hawki are charging any premiums,” she points out. “Typically, there can be premiums, particularly for Hawki, although they’re fairly modest. They would look nothing like what folks would be looking at for COBRA. But right now, because of the pandemic, the state is not charging those premiums.”

Meanwhile, Discher and the leaders of other groups are urging Congress and state lawmakers to continue to provide funding boosts for these assistance programs in anticipation of more need. They say extra funding could also prevent budget cuts elsewhere as government revenues decline.

Why Gut Health Matters In Calves