While the lockdown and suspension of the Premier League has caused a mountain of troubles for clubs off the field since mid-March, there is a silver lining for Manchester United as they plan their return to action.

Star players Marcus Rashford and Paul Pogba are expected to make their comebacks to the United team, with the enforced break giving them the required time to recover from their respective injuries.

The return of two of the Red Devils’ best talents means manager Ole Gunnar Solskjaer will have a full strength squad as they enter their final nine matches of the season – just three points behind Chelsea in a Champions League place. 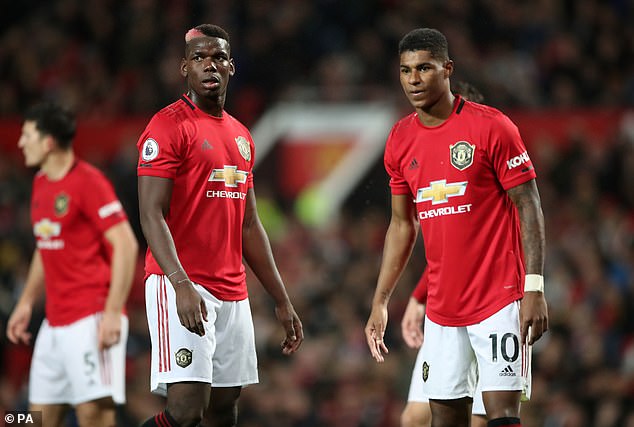 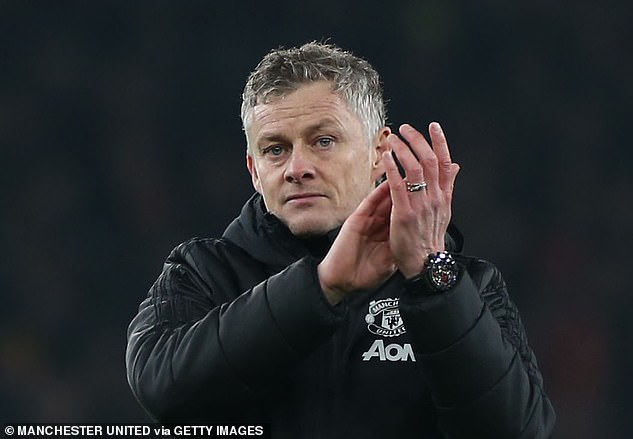 Marcus Rashford last played on January 15 in an FA Cup tie against Wolves at Old Trafford, where he suffered a back injury that was later diagnosed as a double fracture.

Before the injury, the England striker was enjoying his best season in a Manchester United shirt, with 14 goals and four assists from 22 Premier League appearances.

His return to the team will be very welcome by players and fans alike, as it takes the pressure off of Anthony Martial up front – who was also performing well before the Premier League was halted. 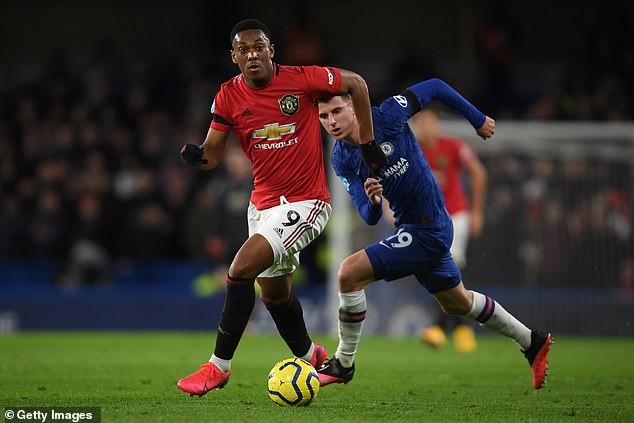 Paul Pogba has been more plagued with injury this season than his team-mate, after suffering a foot injury that required surgery and continued to push back the Frenchman’s return date.

Add to that his constant transfer speculation with moves to clubs such as Real Madrid and Juventus and it is safe to say the last 12 months have not been settling for Pogba or United regarding the midfielder’s future.

However, there is no doubt of his talent and importance to United’s midfield as his return adds more strength to their ranks after Bruno Fernandes, Scott McTominay and Fred all stepped up their game since the turn of the year. 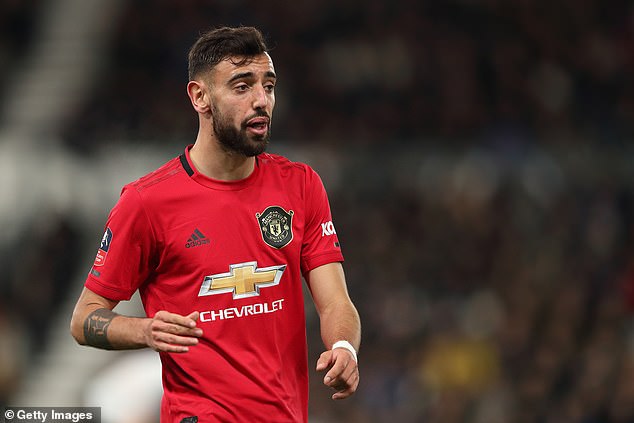 Manchester United were in full flow before the coronavirus pandemic suspended all sport; unbeaten in eleven matches across all competitions and topped off their last Premier League showing with a victory over rivals Manchester City.

They share some of the best recent form in the league, behind league leaders Liverpool, of course, and they have a run-in that will give their fans hope of overtaking Chelsea and claiming a top-four finish.

Here, Sportsmail give the verdict on Manchester United’s nine remaining Premier League matches as the hunt down a Champions League spot.

Manchester United will take a visit to the Tottenham Hotspur stadium to battle it out with old manager Jose Mourinho once again. United were victorious in the reverse fixture back in December as Marcus Rashford bagged a brace to leave Mourinho uncomfortable in the dugout – not for the first time – at Old Trafford.

Despite this, Spurs in north London will prove to be one of United’s toughest tests from their remaining nine matches with Harry Kane, Son Heung-min and Moussa Sissoko all back from injury for the hosts. 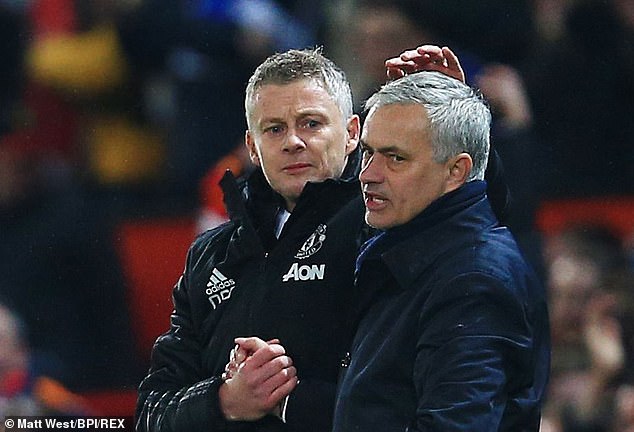 Chris Wilder’s Sheffield United side have proved to be the surprise package of the Premier League season after their promotion from the Championship last term. They are a well-drilled team and currently sit just two points behind United in seventh with a game in hand.

When the two met earlier in the season, it caused quite the spectacle as a 90th-minute Oli McBurnie equaliser salvaged a sensational 3-3 draw. If the Blades keep up their momentum from before the enforced break, this match could prove huge in the race for Champions League and Europa League qualification.

Norwich are rock bottom of the Premier League table, six points from safety. They share the second worst defensive record at home in the league and are most people’s odds-on favourites to finish dead last. At Old Trafford earlier this season, United turned over Daniel Farke’s side in a 4-0 victory with Mason Greenwood among the scorers. 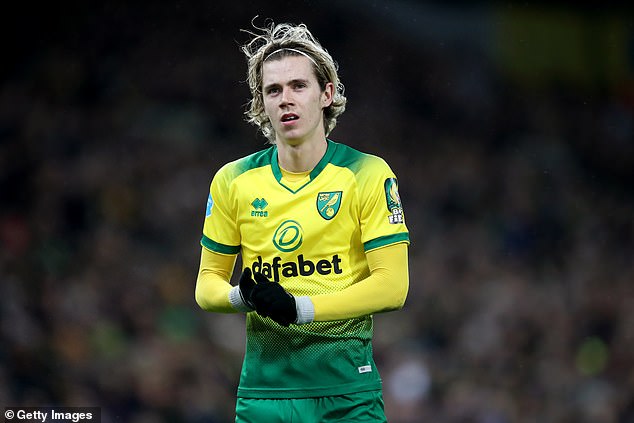 Despite the writing seemingly being on the wall, the Canaries proved they had some fight left before the lockdown. They claimed a shock 1-0 win over Leicester and lost by just one goal to both Liverpool and Sheffield United. This tie could be tougher than the league positions suggest, especially with Solskjaer’s record against the relegation-threatened teams.

Brighton are yet another team that Manchester United have to play that are looking over their shoulder with fear of the drop. Before the coronavirus crisis, Brighton were managing more draws than a furniture store, cancelling out the likes of Wolves, Watford, West Ham and Sheffield United – who were all unable to break down Graham Potter’s side.

For much of the season, Brighton have cut a frustrated figure in attack with one of the worst goal returns in the league. However, they have the best defensive record in the bottom eight – making up for their attacking woes, to an extent. This will be a hard fought 90 minutes away from home.

In November last year, former Manchester United striker Josh King spoiled United’s party when they travelled to the Vitality Stadium with the only goal of the game. Solskjaer’s frustrating form against the lower clubs continued and there is a danger it has a good chance of repeating itself. 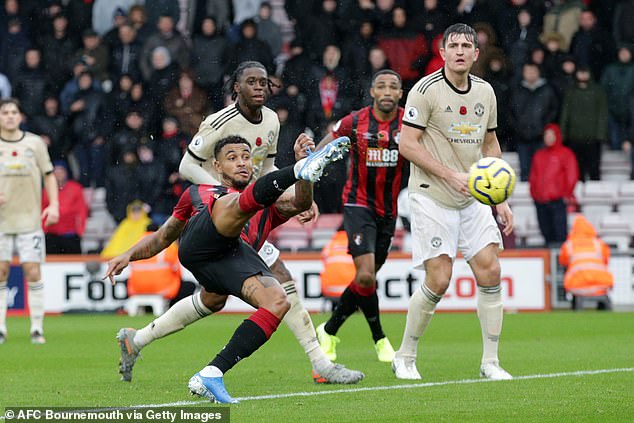 Eddie Howe’s men are in the relegation zone and will likely still be in the dog fight as they travel to Old Trafford. The United faithful will be praying that mistakes and off-days, such as the Bournemouth loss earlier this season, will be rectified after the long absence from action. The Cherries leak goals so with a full-strength squad, United should claim a vital three points in the race for fourth.

Relegation-threatened Aston Villa lost their last four Premier League matches before the break, conceding eleven goals during those defeats. However, they have claimed 17 of their 25 league points this season at Villa Park, which could prove for a trickier afternoon than United would expect.

Jack Grealish will pose the biggest threat to the visitors with his creative spark and willingness to run as he will lead his club with some confidence knowing that he played a key role in Villa managing a 2-2 draw against Solskjaer’s side earlier this season.

The Saints were another one of the struggling clubs to leave a blip on Solskjaer’s underwhelming record against the lower level sides. When they met back in August, United could only get a 1-1 draw to end their disappointing opening month with just one victory. 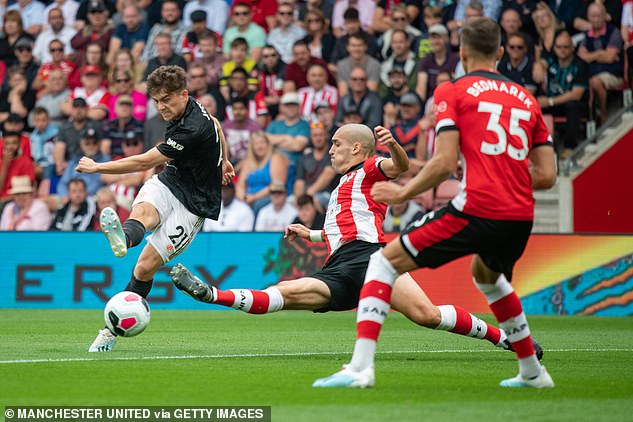 Three of their last five meetings have been draws and the other two have been won by one-goal margins for United. It’s safe to say, they don’t ever feel comfortable when they play Southampton. Ralph Hasenhuttl’s side seem to have created just about a wide enough gap to see them survive for another season in the top flight, but it isn’t likely they will claim more points at Old Trafford.

Roy Hodgson’s side were in top form just before the league’s suspension, with three wins on the bounce. In fact, with a strong return to action they could be outsiders for a Europa League spot and they will feel confident as United travel to Selhurst Park, knowing they claimed three points against them earlier in the campaign.

Palace will not make it an easy afternoon for Solskjaer’s side, who often can’t get the win in matches like these. The pressure will be on United, which is a position they never seem to thrive in.

West Ham are in serious danger of relegation this season and their fate could rest solely on this match by the time it comes around. The Hammers have not been able to break away from the bottom three, but did get a lot of their tough fixtures out the way before the break; suffering defeats by Arsenal, Liverpool and Manchester City. 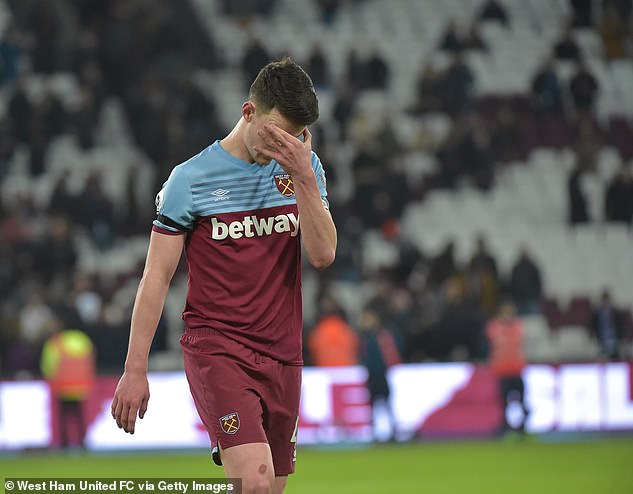 Only goal difference is keeping the London club’s head above water for now, but it could be a different scenario week by week. United lost 2-0 to West Ham back in September and have suffered defeats in two of their last three meetings. However, West Ham have had a tendency to capitulate when going behind this season, so a fast start from United could prove to be too much for the travelling Londoners.

Brendan Rodgers has done a fine job in the Foxes hot-seat since taking over at the King Power Stadium. He led them to a position of strength before the lockdown, in third place and eight points ahead of Manchester United in the race for Champions League football next season.

Along with their Spurs match, there could be a case to argue that this will be United’s toughest post-lockdown match due to Leicester’s attacking prowess – led by current league top goalscorer, Jamie Vardy. While Manchester United were victorious in their tie at Old Trafford earlier this season through a Marcus Rashford penalty, it is tough to see them coming out on top against the more relaxed, fluid outfit of Leicester.

‘Why bother?’ – Piers Morgan questions whether Premier League should return after watching Dortmund vs Schalke in Bundesliga