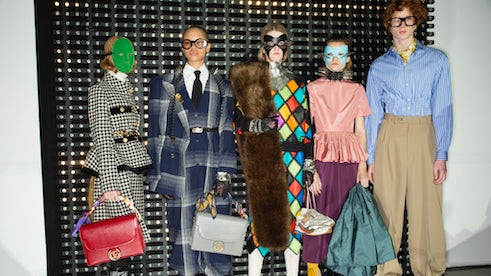 The Covid-19 pandemic is shaking the fashion sector to its core, prompting brands big and small to reevaluate the traditional system — conceived for a pre-internet, pre-global era — that has long governed the industry’s approach to developing, showing, delivering and discounting collections. Gucci’s move to go seasonless and scale back shows to twice per year throws the weight of a megabrand behind the drive for change. Saint Laurent, which is also owned by French conglomerate Kering, has announced its intention to skip Paris Fashion Week this September and reshape its schedule for showing collections for the rest of the year. In recent weeks, a forum fronted by Belgian designer Dries Van Noten and a group facilitated by BoF have both published proposals for overhauling the fashion system.

The Bottom Line: Who else will join the call for change? LVMH, the world’s largest luxury group, which owns Louis Vuitton, Dior, Fendi and Celine, has been conspicuously silent.

–This item was contributed by Vikram Alexei Kansara 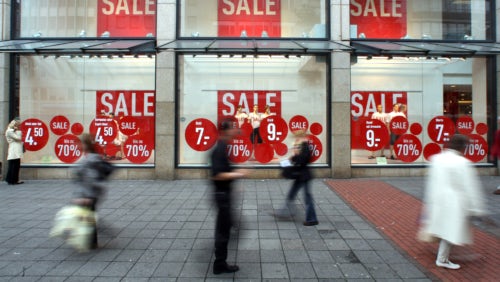 The fashion industry is bracing for a repeat of 2008, when a severe recession triggered deep sales | Source: Patrik Stollarz/Getty Images

You may or may not have noticed a lack of Memorial Day sales promotions this year. It’s no secret why: many brands have had their merchandise on sale since mid-March, and there’s not much to be gained by putting the words “Memorial Day” in front of those 50 percent off signs. Edited found that 68 percent of retailers waited until last week to introduce holiday sales, where last year a majority began advertising the week of May 12. Brands likely want to spread out their discounting to preserve their margins, Edited said. Consumers are clearly hungry for bargains: off-price chains like T.J. Maxx are among the only non-essential US retailers seeing an uptick in store traffic compared with a year ago, according to Placer.ai.

The Bottom Line: While much of the industry is showing restraint when it comes to markdowns, they won’t be able to hold out forever. Eventually that unsold spring merchandise will need to be cleared out.

The Hobbling of the Beauty Store 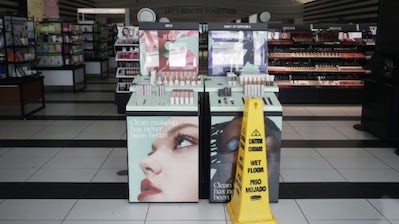 Pity the beauty retailer. Stores selling cosmetics and skin care were thriving before the pandemic, as they offered some of the last remaining products consumers still preferred to try out in person. But Covid-19 has put makeovers, testers, treatments and other hallmarks of the in-store experiences on hold. Sephora will check employees’ temperatures, destroy returns and suspended the use of testers as well as in-store services. Beauty retailers and department stores can still count on customers to swing by to pick up their favourite products. Testers will be missed, however, as the ability to sample new items before buying is key. Some consumers may discover they’re fine with shopping for makeup online after all.

The Bottom Line: As in so many other areas of the economy, large retailers with robust e-commerce operations stand to benefit from beauty stores’ lost appeal. More brands may wind up on Amazon, which was already gaining traction in this market before Covid-19. 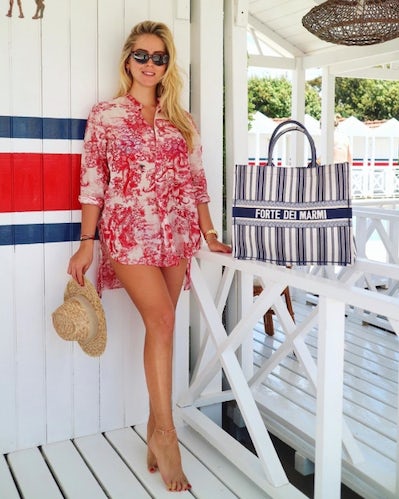 Launching a beachwear collection right now is a bold move, to say the least. Tourism figures have crashed to near zero. However, that data doesn’t capture the exodus of rich New Yorkers, Parisians and Milanese when their respective cities went into lockdown. Many ended up in The Hamptons or Saint Tropez. And while reports of influencers and billionaires lounging by the sea have sparked plenty of class envy, they’re also a prime market for luxury brands. Vacation dressing was a hot category pre-pandemic, and swimwear in particular was booming among the ultra-rich and normal folk alike.

It’s unclear who will be shopping in these pop-ups, at least initially. The Mykonos boutique is opening June 12, three days before Greece will lift a ban on foreign tourists, and experts are already predicting a hellish experience for air travellers in particular. Though one imagines private jets and yachts won’t have too much trouble finding their way to sunnier climes.

The Bottom Line: If luxury brands are plowing ahead with their beachwear plans, it could be a sign that vacation dressing is more resilient than the tourism statistics indicate. People will want their new swimsuits, even if the furthest they’ll be travelling is to their backyard.

Professional Exclusives You May Have Missed:

The Week Ahead wants to hear from you! Send tips, suggestions, complaints and compliments to brian.baskin@businessoffashion.com.

COVID-19 will transform fashion, one mask at a time

From sheep to chic… why the country set are so now!