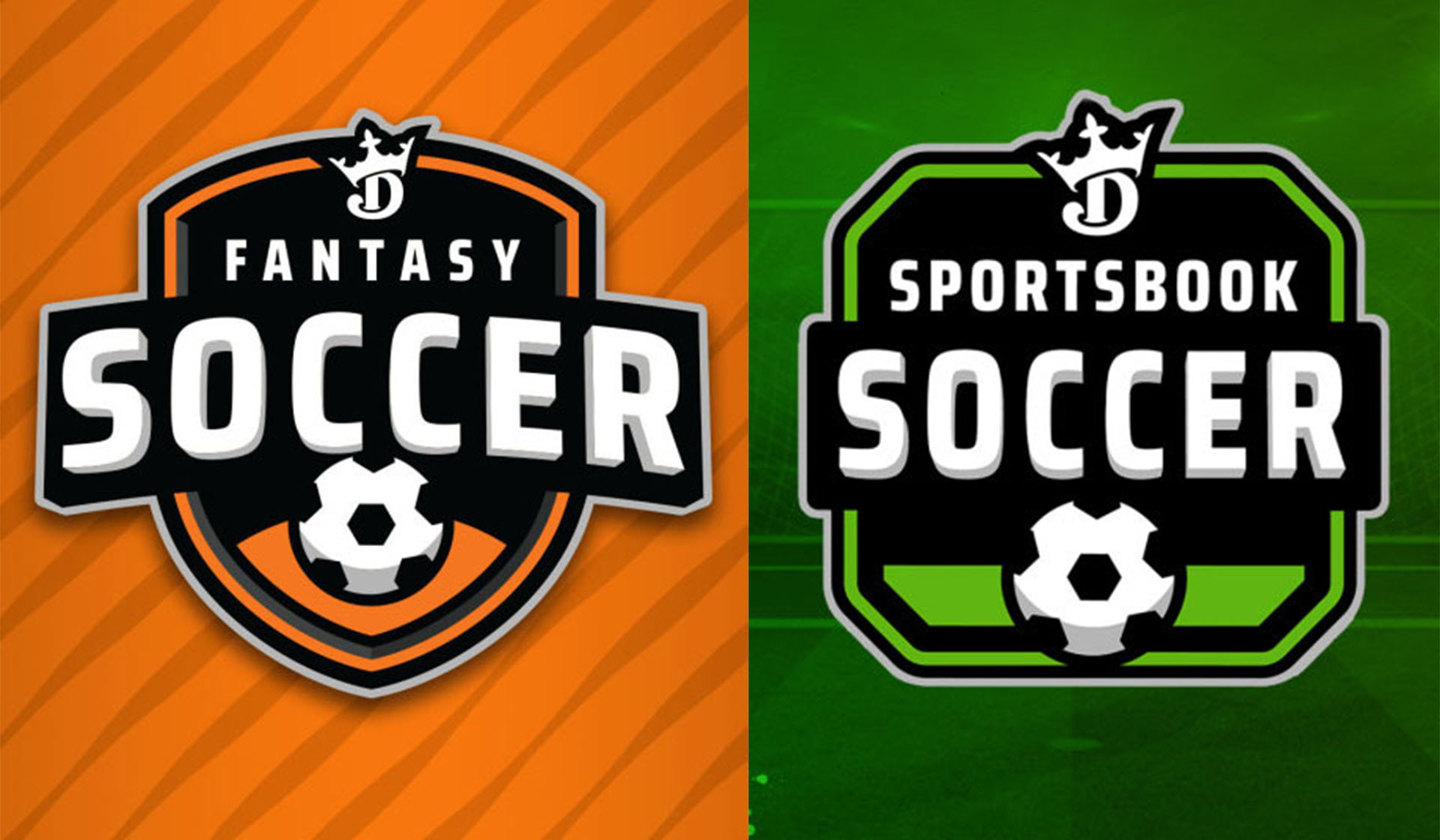 Bournemouth can climb out of the relegation zone if they can find a way to beat Newcastle at the Vitality Stadium. The Cherries have picked up just one point from a possible 18, while Newcastle is looking to extend their unbeaten run to five. Elsewhere, Norwich is in danger of becoming the first team to be relegated and a win at Arsenal is desperately needed, while Leicester needs to beat Everton to maintain their hopes of finishing third.

Frank Lampard takes his Chelsea side to West Ham, the club where he began his playing career. It promises to be an emotional occasion for Lampard as the Blues look to secure the three points to keep a firm hold on fourth spot and a place in next season’s Champions League. West Ham needs the points for different reasons. Despite winning just one of their last 11 EPL games, West Ham remains outside the relegation zone, but only because of their goal difference.

DraftKings is offering multiple ways for soccer fans to cash in on the EPL, including a Wednesday Winger Classic soccer contest with a $100,000 prize tool that pays out $20K to the winner. Set your lineups here: EPL $100K Wednesday Winger [$20K to 1st].

Soccer fans can also get in on the action by downloading the DK Sportsbook app or heading over to the DraftKings Sportsbook website.

All odds provided by DraftKings Sportsbook and all odds subject to change.

Curious about when major leagues and events will return? Check out our DraftKings Sports Calendar for the latest updates.

Bournemouth’s days are numbered after losing to rejuvenated Newcastle

Bournemouth is one of three teams without a point since the return of the EPL. Their place in England’s top flight is hanging by a thread, but a win at home to Newcastle will certainly boost their survival hopes. However, there is nothing from their recent games to suggest they will return to winning ways against Newcastle, who are almost guaranteed to be in next season’s Premier League. Bournemouth has lost their last two league games to nil while Newcastle’s last four EPL wins have all been to nil. Newcastle could complete a fifth win in a shutout (+410) if they can take advantage of Bournemouth’s poor form.

One point from their last six games is not the form you want at this stage of the season. Normally, the first goal in any game is crucial with the side scoring it usually going on to win the game. That has not been the case with Bournemouth, who has actually lost their last two matches when they have opened the scoring. Newcastle has scored the first goal in their last three matches and will be favorites to do so in this tie (+105).

Newcastle will be hoping to lead at halftime (+285) for the first time in 17 league games. Looking at the attacking players Bournemouth has, you would expect more goals scored. Only Norwich has scored fewer than their 29 this campaign. Harry Wilson ($6,600) and the suspended Callum Wilson lead the team with 15 goals between them, but the pair have only scored four league goals in 2020. They need to start scoring more regularly otherwise their season could end with relegation. One of Harry Wilson’s seven EPL goals came in the 2-1 defeat at Newcastle and his ability to score from free kicks could be a factor in their final seven games.

Newcastle goalkeeper Martin Dubravka ($4,500) was rested for their FA Cup defeat to Manchester City and should be restored for this contest. Dubravka averages 10.3 DFS points per game in his last five league games. Andy Carroll ($5,100) is getting back to full fitness and as he has proved in the last three weeks, he is still a nightmare for defenders to contain. If he is in the mood, Carroll could have a big game against Bournemouth.

Arsenal to beat Norwich to keep alive their European hopes

When Arsenal lines up against Norwich, it will be the first competitive action to take place at the Emirates Stadium since March 7. Since soccer was given the green light to return, the Gunners have had four successive road games – three in the league and one in the FA Cup. The familiar surroundings should help the Gunners get the better of their opponents, who according to their manager Daniel Farke, now need miracles to stay in the league. Norwich has won only one of their 15 matches away from Carrow Road and they are the only side not to lead at halftime in an away game this season.

I expect Arsenal to lead at halftime (-117). The goals have dried up, with just one in seven league games, and the Canaries have failed to score a first half goal in their last eight EPL matches. Norwich is at the bottom of the standings because of their inability to recover from conceding the first goal. They have done so 16 times and lost all 16.

One glimmer of hope for Norwich is Arsenal’s tendency to switch off late in halves. In their last five league encounters, the Gunners have twice given up a goal in the final minute of the first half and conceded two more goals in the 90th minute or later. Arsenal forward Eddie Nketiah ($7,900) marked his return to the starting lineup at Southampton with a goal, his second in his last four starts. Nketiah has scored more times than Gunners’ leading scorer Pierre-Emerick Aubameyang ($10,300). Aubameyang has not scored in his last four league games and remains two behind Jamie Vardy in the race for this season’s Golden Boot award.

Gunners goalkeeper Emiliano Martinez ($5,800) has had to be patient for his chance to start a league game, but an injury to Bernd Leno means Martinez, who kept a clean sheet against Southampton, is the first choice now. For Norwich, Todd Cantwell ($4,000) scored in their FA Cup loss to Manchester United on Saturday, and with Teemu Pukki’s ($5,900) value continuing to drop as his goal-scoring drought continues, Cantwell needs to keep scoring. It’s now nine league and cup games without a goal for Pukki and 15 without a goal from open play, which does not include the penalty spot. Pukki and Cantwell both scored in the reverse fixture which ended 2-2 with Aubameyang scoring twice for Arsenal – one of which was from the penalty spot.

Improving Everton to take a point from stuttering Leicester

If Leicester isn’t careful, they might find themselves losing their grip on third place. Chelsea, the Wolves and Manchester United are all applying pressure on Brendan Rodgers’ side, who began the resumption of the league with hopes of finishing second. This is an intriguing match up between an Everton side that has lost just two of their last 10 EPL matches and a Leicester side that has won just one of their last seven in the league. Neither of these sides are used to being behind at halftime. Everton has not trailed at the interval in their last 12 home league games, while the visitors have not been losing at halftime in their last six EPL games. I can see this game being tied at halftime (+106).

Jamie Vardy’s ($8,400) value is on the slide after scoring in just one of his last 13 league and cup matches. He is still the league’s leading scorer with 19 and motivation to finish the campaign as the best striker in the league should see him raise his game against Everton. Vardy is only as good as the service he gets, which has not been great in recent weeks. Harvey Barnes ($6,900) epitomizes his club’s form. In his last game before lockdown, Barnes clocked up 33.1 DFS points, but has a total of 3.8 in his last two games.

This contest pits two of the league’s top goalkeepers on show. Kasper Schmeichel ($4,600) has two clean sheets in his last three league games for Leicester, while Jordan Pickford ($4,800) has resumed the season with back-to-back clean sheets for Everton. At the other end of the pitch, Dominic Calvert-Lewin ($8,100) is without a goal in his last three games. The forward had five goals and an assist in his seven games before the league was suspended for three months.

For sports betting, head over to DraftKings Sportsbook or download the DK Sportsbook app.

Put your knowledge to the test. Sign up for DraftKings and experience the game inside the game.

Media Credit: Hatchet File Photo Kym Rice, the director of Corcoran, said officials do not plan to put any additional