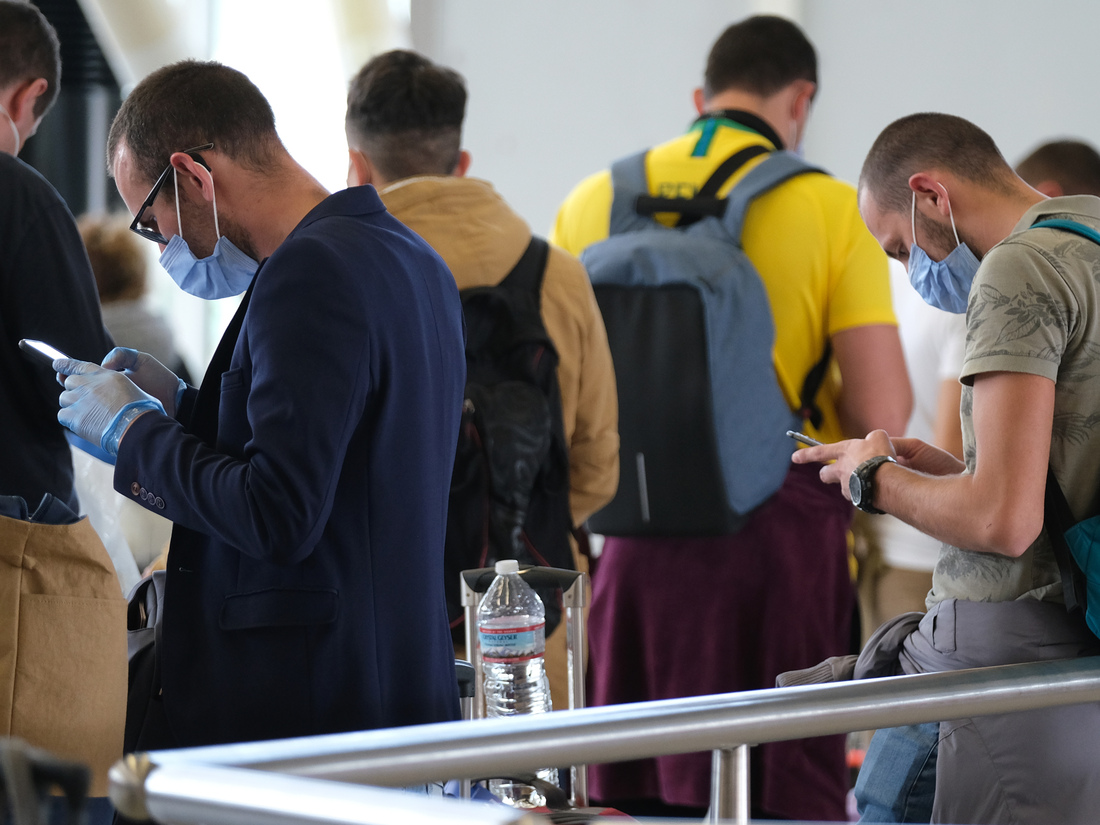 Public health authorities say they hope smartphone apps can boost contact tracing efforts, but there are debates over how much data officials need to collect. 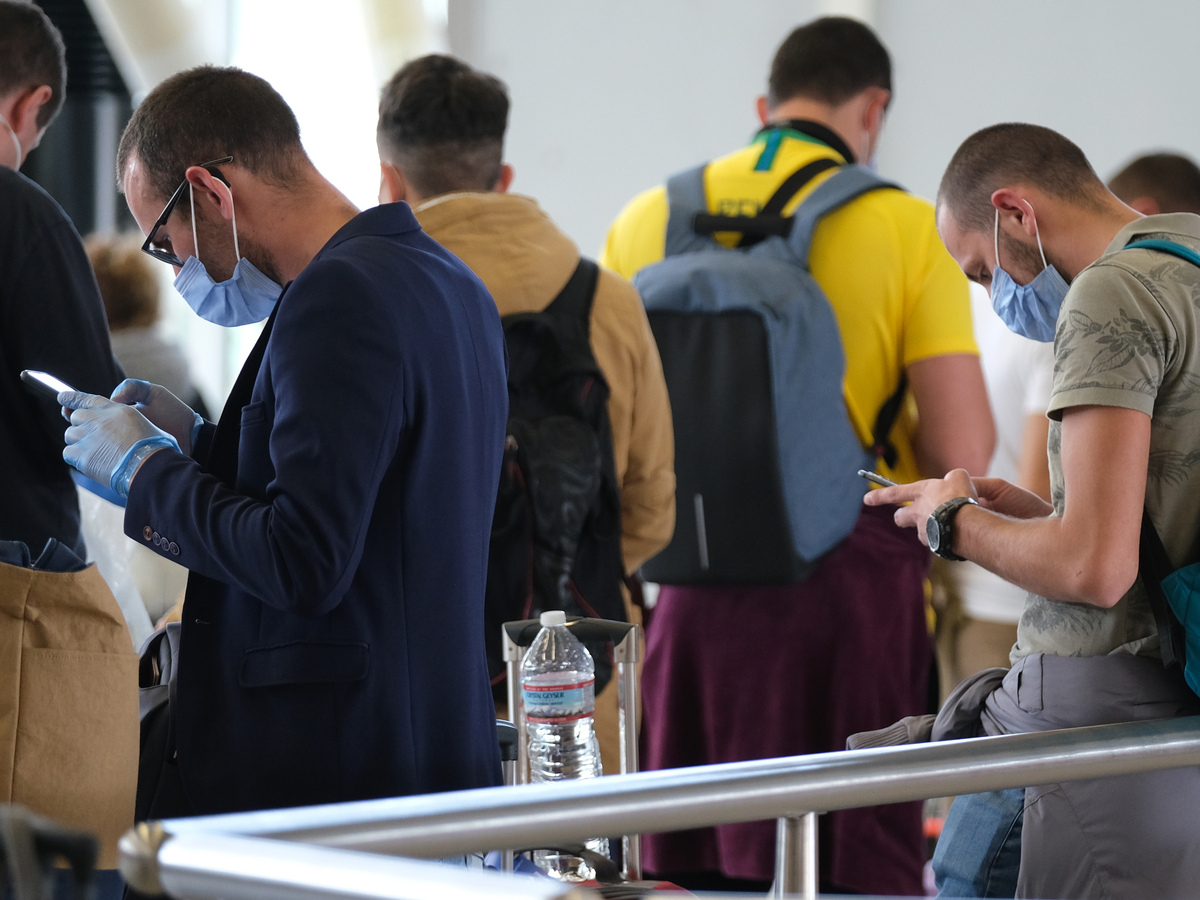 Public health authorities say they hope smartphone apps can boost contact tracing efforts, but there are debates over how much data officials need to collect.

When Vern Dosch heard that Apple and Google had teamed up to develop smartphone technology to help curb the spread of the coronavirus, he was excited.

Dosch leads North Dakota’s contact tracing strategy. He believed the tech giants’ move would amplify his state’s efforts to identify people who may have been exposed to the virus — a critical step as states reopen for business.

In addition to hiring hundreds of contact tracers to call people with COVID-19 to learn where they’ve been and whom they’ve been with, North Dakota has built its own smartphone app for people to download. Dosch thought Google and Apple’s system, which relies on the standard Bluetooth technology in most phones, would make that app more powerful. But the terms the tech companies have set to protect smartphone users’ privacy are getting in the way.

“Do we try to do this on our own?” he asked. “Or do we just bow to the demands of Apple and Google?” If North Dakota follows the companies’ rules, it would have to build a new app. If the state opts out of the tech giants’ system, it won’t be able to reach as many smartphone users who may be at risk of the virus.

“We need to have every tool”

Dosch, a veteran of the information technology industry, retired in January, only to be tapped weeks later by North Dakota’s government to head up its contact tracing effort.

Among the projects he is overseeing is Care19, an app that tracks a phone’s location using GPS. More than 30,000 people in the state have already downloaded it. Dosch said he hopes more will do so, enabling officials to keep tabs on potential coronavirus hot spots as the state lifts restrictions.

“We want to know if, all of a sudden, contact tracing identifies that we’ve had a lot of positives at a particular grocery store or a bar,” he said.

In addition to knowing where people with the virus have been, North Dakota also wants to know whom they’ve come close to, so those people can be notified and get tested.

“We feel that in order to do our very best to protect the citizens and to do … a very thorough job of contact tracing, we need to have every tool that we can,” Dosch said.

That’s where Apple and Google’s new system could help. The two are setting aside their normal rivalry to develop technology that will work across 3 billion iPhones and Androids around the world.

But there is a catch: The tech giants say governments that use their technology cannot track users’ locations. In their view, letting GPS report your every movement to the government is too big an invasion of privacy.

Other people working on digital contact tracing share the companies’ caution. Daniel Weitzner, a research scientist at the Massachusetts Institute of Technology, is working on a Bluetooth-based project similar to Apple and Google’s. While he is not working directly with Apple and Google, he said he understands why the companies are taking this stand.

“Given the uncertainty about what is going to be effective here, we felt that the right thing to do … was to start with the least intrusive approach that had a chance of being effective,” Weitzner said.

For the technology to work as intended, people have to feel comfortable downloading and using it. But an April poll by Pew Research Center shows Americans are split, with just over half saying it would be “at least somewhat acceptable” for the government to use cellphone-tracking information to find out where people with COVID-19 had been. The same survey found 6 in 10 people doubted location-tracking information would help fight the spread of the virus.

A global question with global urgency

The debate extends beyond North Dakota. South Dakota is also using the Care19 app, while Utah has an app that tracks location as well as the identities of users. Other states have told NPR that they are considering using apps to help with contact tracing, but they have not yet made a final decision.

Jared Allgood, co-founder of Twenty, the startup that built Utah’s app, said Apple and Google’s decision to bar location-data collection is “disappointing.” He said he hopes to reach some kind of agreement with the tech giants to use their system in Utah. But he said tracking location and identity remain key to the state’s contact-tracing plan.

“For [contact tracers] to do their job, they have to identify who that person is so that they can pick up the phone, have the conversation and encourage them to take the steps that they want them to take so that they can stop spreading the disease,” he said. “We’re trying to balance that … with the need to protect user privacy.”

In Europe, governments are split. Germany and Italy said they will use the Apple-Google system, while Norway and the United Kingdom are building their own apps.

Back in North Dakota, Dosch said the state may build a second app that detects proximity in line with the tech companies’ rules.

But he said, “I don’t know that too many citizens are going to be interested in doing both apps.”

He said the state will decide in the next few weeks.

“There’s an urgency on our part, as the economy opens back up, to make sure we keep on top of this, so that we don’t end up with a surge that was bigger than the first one,” he said. “This technology is a part of that.”

Traditional contact tracing is laborious. Health workers spend hours on the phone with infected people, going over where they have been and whom they have seen, attempting to track the spread of the disease. Technology could supercharge those efforts.

But experts caution that it is not a silver bullet. Jennifer Nuzzo, an epidemiologist at the Johns Hopkins Bloomberg School of Public Health, said it is not clear yet whether any of these apps will be useful to contact tracers.

“[They] might actually give you a much larger haystack to sort through in order to find your needle,” she said.

Contact tracing has always fundamentally been about human interaction — public health staff asking people to open up about their personal lives.

“It really relies on trust and it relies on the person being interviewed being willing to divulge that information to a public health official,” Nuzzo said.

No app — regardless of the data it collects — can do the same.

Editor’s note: Apple and Google are among NPR’s financial supporters.