– Bishop Sunday Garuba, the group’s coordinator, called for God’s wrath on those who want to destroy the country’s unity

– According to the cleric, some people have teamed up to take advantage of the #EndSARS protest to cause commotion in the country

The National Inter-Religious Organisations for Peace (NIFROP) has declared “God’s wrath” upon the enemies of Nigeria who are reportedly plotting the nation’s fall.

The declaration was made by NIFROP’s coordinator, Bishop Sunday Garuba, on Friday, November 20, at the ongoing 21-day Inter-Faith prayers for Nigeria by the Unity Church and Unity Mosque.

The cleric said the principalities and powers that have ganged up against Nigeria allegedly through the recent EndSARS protests shall be put to shame.

Legit.ng notes the #EndSARS protest was staged against police brutality and was peaceful until it was hijacked by suspected hoodlums. 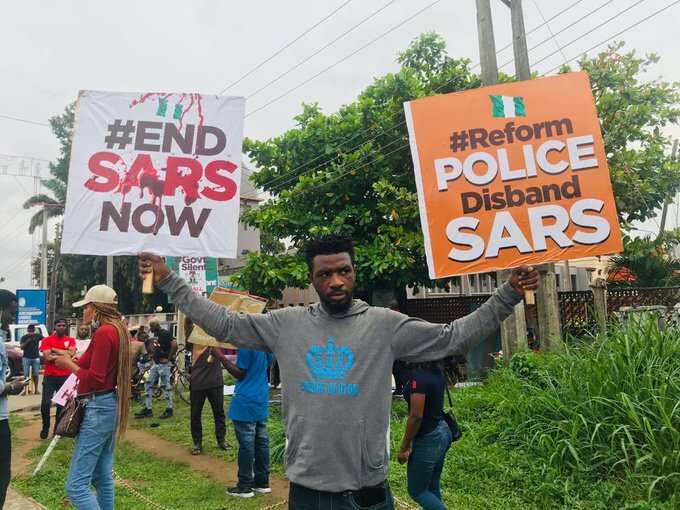 Bishop Garuba said NIFROP is fulfilling a divine mandate to ensure Nigeria experiences peace and prosperity in all spheres of lives.

The cleric called on chaos and destruction on the enemies of Nigeria.

He added that Nigerians’ prayers have been heard and “God has sent His angels to take charge over the affairs of the nation”.

“This 21-day inter-faith prayers and fasting is ordained by God, and there shall be signs and wonders at the end of the day.

“Those principalities and powers that have ganged up against Nigeria shall be indeed put to shame.”

Garuba said he and others will pray to God to send down confusion into the midst of Nigeria’s enemies.

“I have good news for all of us gathered here, and it is the fact that God has sent His angels to take charge over the affairs of Nigeria and all those that have constituted themselves into mini-gods would indeed be put to shame.”

In a related development, the Kano state governor, Abdullahi Ganduje, has alleged that the enemies of Nigeria hijacked the EndSARS protests to disintegrate the country.

Ganduje made the allegation on Tuesday, October 27 when he spoke with reporters on how to keep Nigeria together.

He stated that most officials initially supported the EndSARS protest which was against police brutality. The governor, however, claimed that the enemies of Nigeria decided to take advantage of the situation to disintegrate the country.