The managers of sovereign wealth funds and state pension funds prefer, when possible, to keep out of politics. This is becoming more tricky in the era of coronavirus. Covid-19 has upended the global corporate sector, and these investors fear that the gaze of local politicians is slowly turning to vast pools of assets intended for the benefit of future retirees, or generations to come.

At an event last month held by the Seoul-based Institute for Global Economics, a think-tank, a group of senior investors from some of the world’s largest sovereign wealth funds and pension funds — from Canada to Singapore — gathered, virtually, to share their concerns.

As the pandemic continues to wreak havoc across the planet, governments are being forced to tear up their budgets to limit the damage of Covid-19 on the health of their citizens and their economies.

Central banks have responded by slashing interest rates to zero to ease financial conditions, as well as buying extra debt while governments fired up issuance to fund stimulus packages. This has sparked criticism that central banks, set up to be independent of government, have become more politicised as a result of the crisis. Managers of sovereign wealth funds and state pension funds worry they will be next.

Institutional investors are already having to bear the consequences of the fiscal and monetary interventions, which have pushed government bond prices to record highs, forcing adjustments in their investment policies as they search for yield elsewhere.

But academics are anxious that the Covid headache will grow, as SWFs and big pension funds are pushed by politicians to provide direct financial support to their economies by propping up weaker companies, such as an airline or a troubled financial institution.

Investment funds such as South Korea’s National Pension Service, one of the largest pension funds in the world, with about $600bn under management, “are vulnerable to political influence”, says Shin Sung-hwan, president of the Korea Money and Finance Association and a professor at Hongik University in Seoul. “They must minimise the risk of politicisation. They need to be more independent and have the right governance.”

That is easier said than done. The NPS is regularly reviewed by South Korea’s parliament and cabinet, with analysts saying this means its investment managers are not “fully-free” in their decision-making. And that is before the coronavirus crisis raised the stakes. 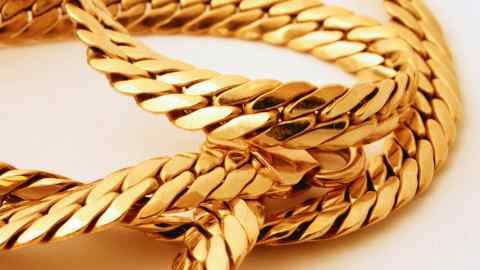 The challenges facing these investors are global. “The slowing economy means we are looking at lower contributions, while low rates mean expected returns are going down and may even be negative in real terms,” says Suyi Kim, the Hong Kong-based head of Asia-Pacific for Toronto-based Canada Pension Plan Investment Board, which shepherds around $300bn on behalf of the nation’s retirees.

“And many funds are facing liquidity issues since [they] have to set aside money in case they are asked by the government to share the burden and perform ‘national service’,” she added.

“We may be called on,” said Kevin Bong, head of asset allocation at GIC, which invests Singapore’s more than $100bn worth of foreign reserves. “We may see outflows as Singapore uses its reserves to support government policy,” he told the audience at the IGE event.

Pension funds are also having to deal with the impact on their cash flows of ageing demographics, with less money coming in and more going out.

The NPS, for example, expects inflows for the next 10 years but then, that trend will dramatically reverse, according to calculations from Mr Shin. As a result of this and other market headwinds, “we have to put more weight on risk assets”, says Ahn Hyo-joon, chief investment officer at the NPS.

The negligible income now available on government bonds is making this task even more difficult. “Central banks have driven yields to zero,” Mr Ahn adds. “It is a big obstacle to meet our [targeted] returns and achieve our dual mandate of profitability and sustainability.”

The fund has little choice other than to diversify its investments, he says. “That means putting more money offshore . . . and more money into alternatives,” such as private equity and real estate. The NPS plans to increase its offshore holdings from the current 35 per cent to 50 per cent by 2024.

In this context, the attention from policymakers is an unwanted distraction. It might even be distorting these funds’ asset allocation, if it means they invest in more short-term, liquid investments such as government bonds — that yield virtually nothing — because they think they might have to free up cash quickly. Politicians should be wary of the long-run effects of putting these funds to work in the present crisis.

Nigerian princes lose their sheen, but scams are on the rise