By Nathan Salt For Mailonline

One Belarusian Premier League match and one second division game were postponed due to suspected COVID-19 cases, the domestic football federation revealed on Monday.

Belarus has been the only country in Europe playing football amid the coronavirus pandemic, making it an unlikely draw for fans overseas where matches have been cancelled.

There are almost 24,000 confirmed coronavirus cases in Belarus, with more than 130 deaths. 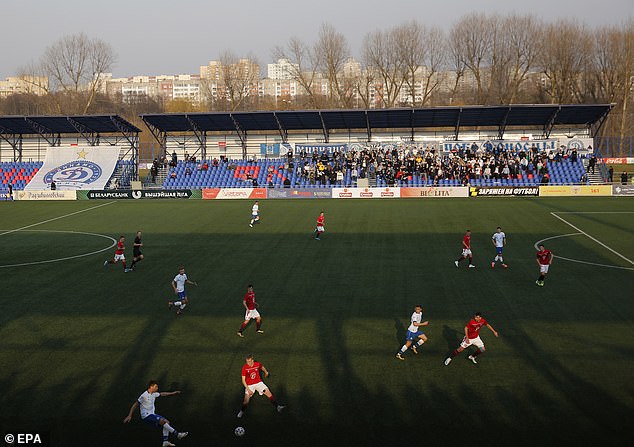 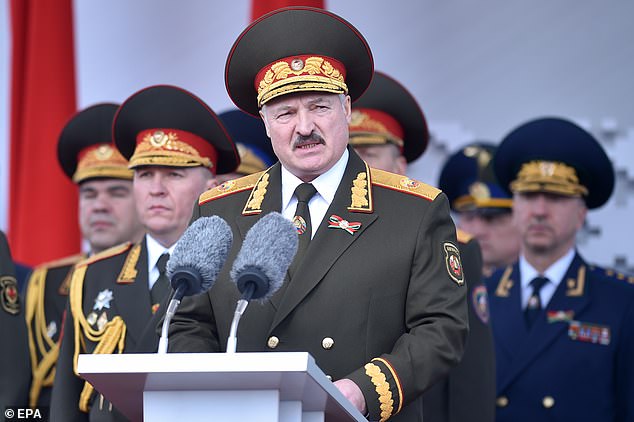 The federation said that the top flight game between FC Minsk and Neman Grodno, scheduled to take place on May 15, has been called off due to suspected COVID-19 cases among the home team’s players.

The first division’s match between Arsenal Dzerzhinsk and leaders Lokomotiv Gomel, scheduled for May 16, was postponed because of suspected cases among Lokomotiv players.

New dates for the games were not announced.

The whole country has taken an incredibly relaxed approach to the virus and Jonas Baer-Hoffmann, secretary for FIFPro, said the league’s refusal to put matches on hold is ‘frankly not comprehendible’, Sportsmail revealed. 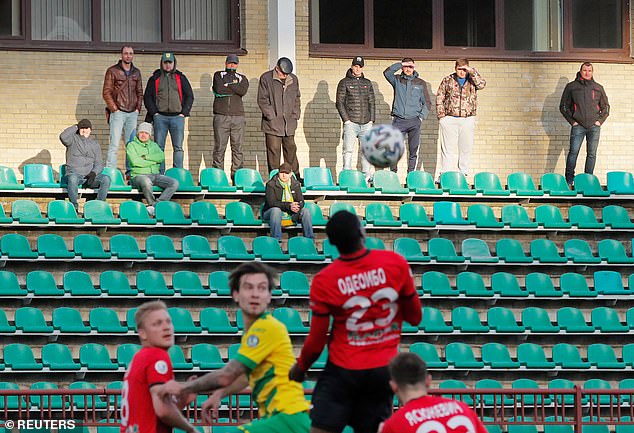 ‘It is insane that we are the only ones who are playing,’ FC Minsk forward Ognjen Rolovic told Sportsmail last month.

‘They are acting here like it is not a big deal, that we should not be afraid. There is a strange mentality that if you are scared of the situation then you are not a man.’

Belarusian President Alexander Lukashenko, in power since 1994, has been publicly sceptical about the need for strong action to curb the spread of the coronavirus.

He has called fears over the virus a ‘psychosis’ and variously suggested drinking vodka, visiting saunas or playing ice hockey to beat the disease.

On Saturday, thousands of soldiers marched in Belarus to celebrate the Soviet victory in World War Two. 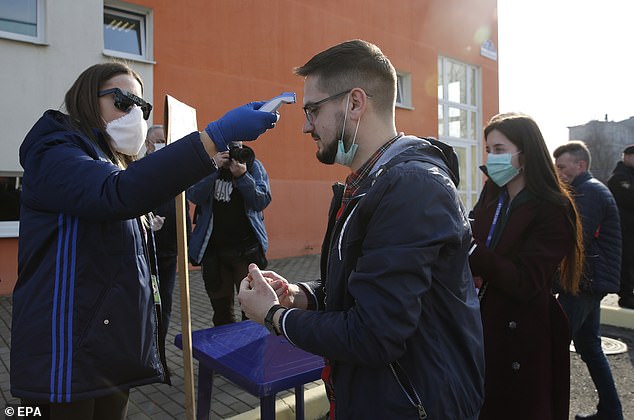