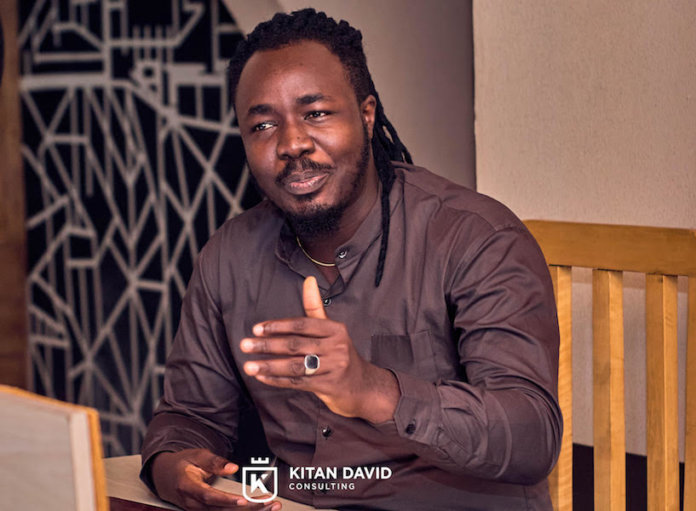 Olaoluwa Aboluwarin, who is the Co-Founder, Future Academy Africa, in this interview speaks on the future of technology as well as reasons why companies and government agencies must adopt it. Ugo Aliogo presents the excerpts

Can you give an insight into your computer coding and technology startup journey?

I graduated from Federal University of Science and Technology Akure (FUTA) with a degree in Computer Science.

But before gaining admission to the University, I had already started coding. I think my coding dream started before the technology startup journey. The journey of coding first started with my father, a missionary and a computer enthusiast, though because of financial constraints we could not afford a computer in the house.Then passion for computers grew stronger and I wanted to learn how they worked, how a clicked button shuts down hardware and so on. So, I started visiting cyber cafes to surf the internet overnight while I was still in secondary school. But after secondary school, I didn’t get admission into University, because I didn’t pass the Unitary Tertiary Matriculation Examination (UTME) until after four attempts. During those periods of staying at home, I got a form to go to NIIT and I learnt how to code in Java and then I started teaching myself how to code other things. Then I gained admission to study computer science. University provided me with the opportunity to attend a lot of events. Every month, I visited CCHub in Yaba, Lagos. So I got to attend a lot of events both the ones that were necessary and not necessary and I got fascinated about the technology dream. Then I joined the Institute of Software Practitioners of Nigeria (ISPON) and I met the chairman of ISPON, Chris Uwaje, who introduced me to Omobola Johnson who was the former Minister for Communication who encouraged me. In that same meeting, I met the head of Nokia Research Center West Africa (Moses Acquah) too and became an ambassador for the company, running programmes for tertiary institutions in Nigeria, Benin Republic and Ghana. By my third year at the university, I was already running educational programmes and this experience influenced my decision to organise training in web design, web development and basic programming for students in my free time too. I was never interested in school politics, but the drive to do more led me to contest for the position of computer science president (NACOSS) and I won-during my one-term tenure, I ensured that there was a training programme every week.

After I graduated from school, I started learning about the Future of Work technologies: artificial intelligence, data science, UI/UX and machine learning and launched the #futureofworkAfrica initiative with stories to drive people to the reality of what the workplace of the future will look like.

My passion now is to see how to train young people in soft skills that will prepare them for job offers with international companies and I have worked to achieve this under different umbrellas.

What is the future Africa Initiative all about?

At future Academy Africa, what we do is to train Africans in future of work technologies and subsequently get them jobs. Most of the times, I describe it to people as a three-year Doctorate Degree journey. It doesn’t mean you will not get a job in three years, but three years is what I always advise you to put in. In your 8th or 15th months, you might start getting jobs. But don’t let your aim be getting jobs in the first three years because there are jobs and jobs will come. Recently, I secured a job for one of our students at FAA where he is paid N23 million yearly. The future of work academy Africa started off from my campaign of talking about the future of work technologies and using #futureofworkafrica on Instagram. I’m also in conversations with state governments on the need to adopt it and sit on the board of Non-Governmental Organisations (NGOs) that are doing similar training.

Do you think there is increased adoption of Artificial intelligence and machine learning among organisations and government agencies?

I will say no because most of the organisations on the continent still rely on manual labour to execute their tasks. Although industries such as financial institutions are using AI and machine learning, at a slow pace if I may add.

I still think the adoption is slow because there are a lot of youths that are ready to work. For instance in construction, China has machines and robots that can build skyscrapers within a short period, then you ask yourself why aren’t construction companies in Nigeria buying those machines, because there are a lot of youths who want to work and the construction companies prefers to use these youths to work than relying on those machines.

Even construction companies in Africa that says they don’t want to use the future technologies; they will have no choice in the end, but to buy those machines. Now when they buy these machines, the 200 boys that come to the construction site will become jobless. It is behavioural psychological when people are unemployed that is when they will fall back to crime. So the adoption rate of AI and other future technologies by corporations in Nigeria is very slow though they are adopting it.

The fact remains that regarding the future of work, we don’t have a choice; we are going to adopt it. For instance, I consulted for a company and built software for a department in the company. The software replaced the work of 200 staff in that department. So now they are looking for way to lay off those 200 staff off because the software does what they do basically.

One unique feature about future technologies is that they don’t go on break, request for payment or salary increment. They have been designed to deliver on every task given to them. When it comes to making industry decisions, it is machine over humans, but then humans need to step up their game because it is humans that will create these machines. One of our alumni just moved to Canada in December, 2020, with AI skill and he is receiving 80,000 Canadian dollars yearly as starting salary because he is a foreigner, if he was Canadian, he will be paid more. But in another five years, he will be building a machine that we are using, so there are different ways to enter this, you don’t have to code that is why there is UIUX, if you can code there is AI, and to code in AI, you need to understand mathematics very well. For UIUX you don’t need to write any form of code, Data science, you might code or might code depends on what aspect of data science you’re using, so it is just for everybody.

What should state governments do to drive increased adoption of AI and machine learning among youths?

States governments need to give soft landing to the youths. For instance, the Edo state government is doing increased adoption of AI and machine learning in the state, but it is a partner led initiative. The state government collaborated with coven labs and requested them to do certain things for them. The state government was not setting parameters for the coven labs on what to do or not to do. So when you allow a partner to lead the initiative and then you support that is the first step. Then the second step is providing the soft landing for the individuals coming to learn. So if a group of 100 youths are coming to learn in Bauchi State, and these youths are coming every day to learn, we should know that they are humans and they need to eat. My experience with this initiative is when 100 youths come during the opening day and first class, by the second week, we have like 35 persons in class and the rest have dropped out not because they don’t like what they are learning, but because they need to survive. Giving them a stipend to survive on will go a long way, it will make the students more dedicated and everybody more aligned. The work is exciting and the person wants to come everybody, but when if there is nothing to survive on the people will not come. Government should look at giving support and autonomy to partners lead the initiative. The participants should also be given some soft landing.

What is the long term plan for future Academy Africa?

The long-term plan for the academy is to have a university campus that can accommodate 4,000 students at every point in time go through a programme whether they are PhD, University undergraduate or SSCE students. These students will be well trained and become sorted after by companies because of the curriculum and the way things are done.
The future Academy African is running the future of work campaign on the continent with a desire to sensitise people, drive adoption for government and sensitise large corporations to automate some of their processes so that we get Africa to be part of the global trend, even if it is through outsourcing. For instance, government will never come to my school, but while people are in my school, or outside my campus, I want to drive a conversation that will make government to start automating things such as Local Government Identity card. Even if they are talking about AI in the world, even if Africa is not the one creating the framework, they should think of Africa as a place they can get the job done. If someone else is coming up with this initiative, 400 of us are not enough.

What do you think is the future of Africa especially Nigeria, in the development of technology startups; can we compete with some of the technology capital of the world?

We cannot compete with the technology capitals of the world, but we can be unique in our own way. The place where I feel we have strength to compete is outsourcing. In the 1970s, China didn’t try to be like America, there had conversations to carve out a niche, and decided to position herself in such a way that when America wants to create computer and electronic devices, they go to China. So Africa can position herself in the technology talent, and human resources in such a way that if they require technology software engineers and designers in UIUX, AI, Data science and machine learning, they can come to Africa and I think with that we can compete. Think Talent, Think Africa, Think and Outsourcing.